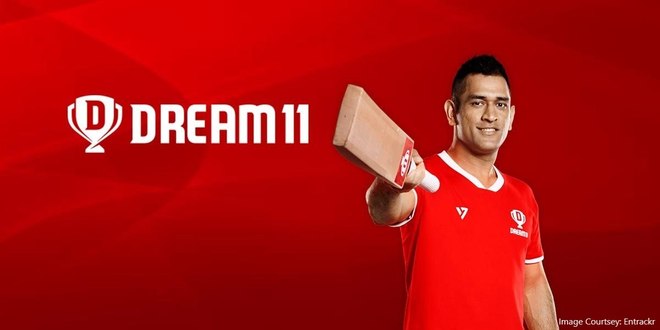 While Vivo has high recall throughout, Swiggy has considerably improved its recall in the five weeks of IPL

The cricket fever in India is at its peak with the Indian Premier League 2019 approaching its finale. The number of people watching the series is consistent since the season started, and so is the heavy advertising by brands.

Ahead of the finals, YouGov asked respondents on a week-on-week basis, who according to them will win IPL 2019 and which brands to they recall advertising the most in this season. 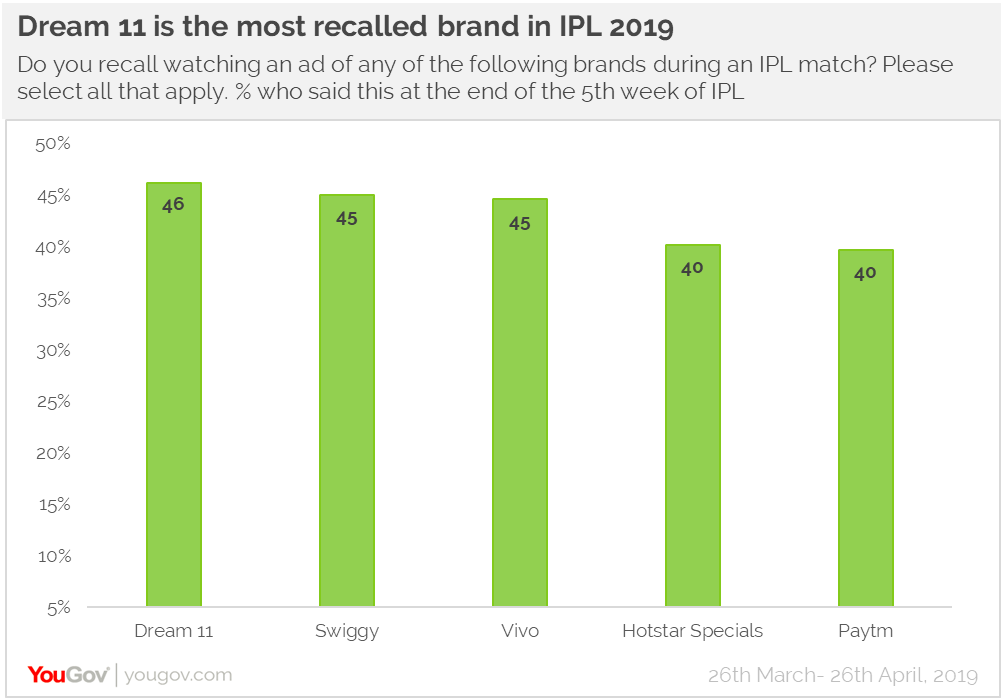 Dream 11 emerged as the most recalled brand by people at the end of the fifth week of IPL 2019. While Vivo had a high recall throughout, Dream 11 enhanced its recall in the consumers’ minds over the weeks but saw a slight drop in the fifth week. Vivo started out on top in the first week and kept increasing its score, saw a decline in the fourth week but picked up again in the fifth week.

On the other hand, Swiggy has improved its recall week-on-week and is actually at par with Vivo and Dream 11 in terms of recollection by people.

YouGov has also been tracking the excitement and expectations of cricket enthusiasts, week-on-week, even since the IPL season commenced this year.

Chennai Super Kings, who has sealed its place in the qualifiers, is soaring high on public support all throughout. At the beginning of this IPL season, around half were hopeful that Chennai Super Kings is going to become the 2019 champion. The belief remains consistent, in fact, it has grown over the five weeks of IPL. 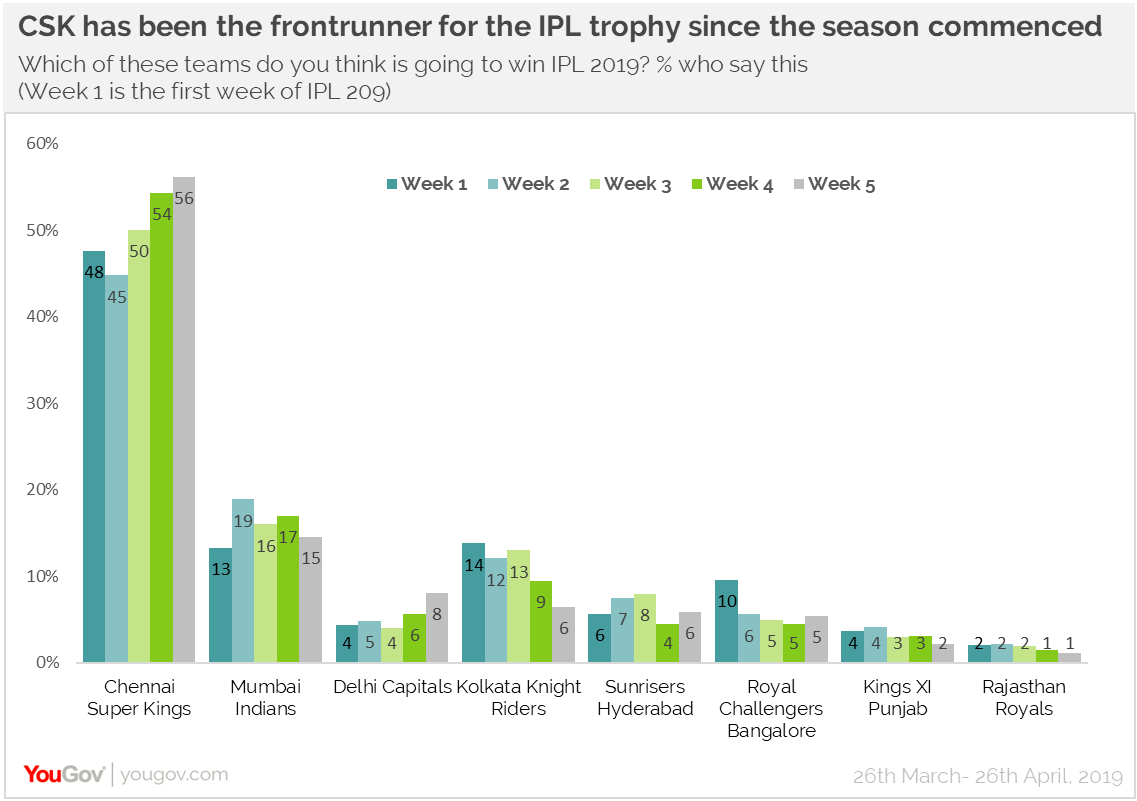 Mumbai Indians, placed in third in the first week, has noticed a significant change and has moved up the list, as the second most likely team to win IPL 2019.

Delhi Capitals, the other team to reserve a seat in the qualifier round along with CSK, is the third most likely to win the season. Even though the team has emerged as a surprise package this season, lesser people are hopeful of them winning the trophy.

On the other hand, Kolkata Knight Riders, which was believed by people to be the second best contender for the coveted trophy, has seen a decline in its popularity and has slipped to fourth by the end of the fifth week.

Sunrisers Hyderabad is at fifth, Kings XI Punjab at seventh and Rajasthan Royals sits at the bottom of the list of teams likely to be champions this year.

However, the team that witnessed a considerable downfall in this season is Royal Challengers Bangalore. Although some people had high expectations from the team at the start of the season, seems like fans are disappointed with their performance and have lost confidence in the team.

Unsurprisingly, CSK remains a constant fan favourite who people want to see in the finals. Despite having close to nil chances of entering the playoff round, people are eager to see Chennai Super Kings compete against Royal Challengers Bangalore in the finals. Fans have also been quite consistently wanting to see CSK battle it out with Sunrisers Hyderabad.

Data collected online by YouGov Omnibus among around 1,000 respondents in India between 26th March and 26th April 2019 using YouGov’s panel of over 6 million people worldwide. Data is representative of the adult online population in the country.