Ahead of the upcoming union budget, finance minister Nirmala Sitharaman asked Indian citizens via social media to share their suggestions on areas that need the government’s attention. She received a flood of opinions on various areas of interest.

When asked about their level of agreement on the ideas presented to the Finance Minister, YouGov survey reveals that majority of the surveyed respondents (80%) agree with the idea that ‘lower interest rates on home loans’ should be a focus of the budget, followed by ‘subsidized education in private schools’. 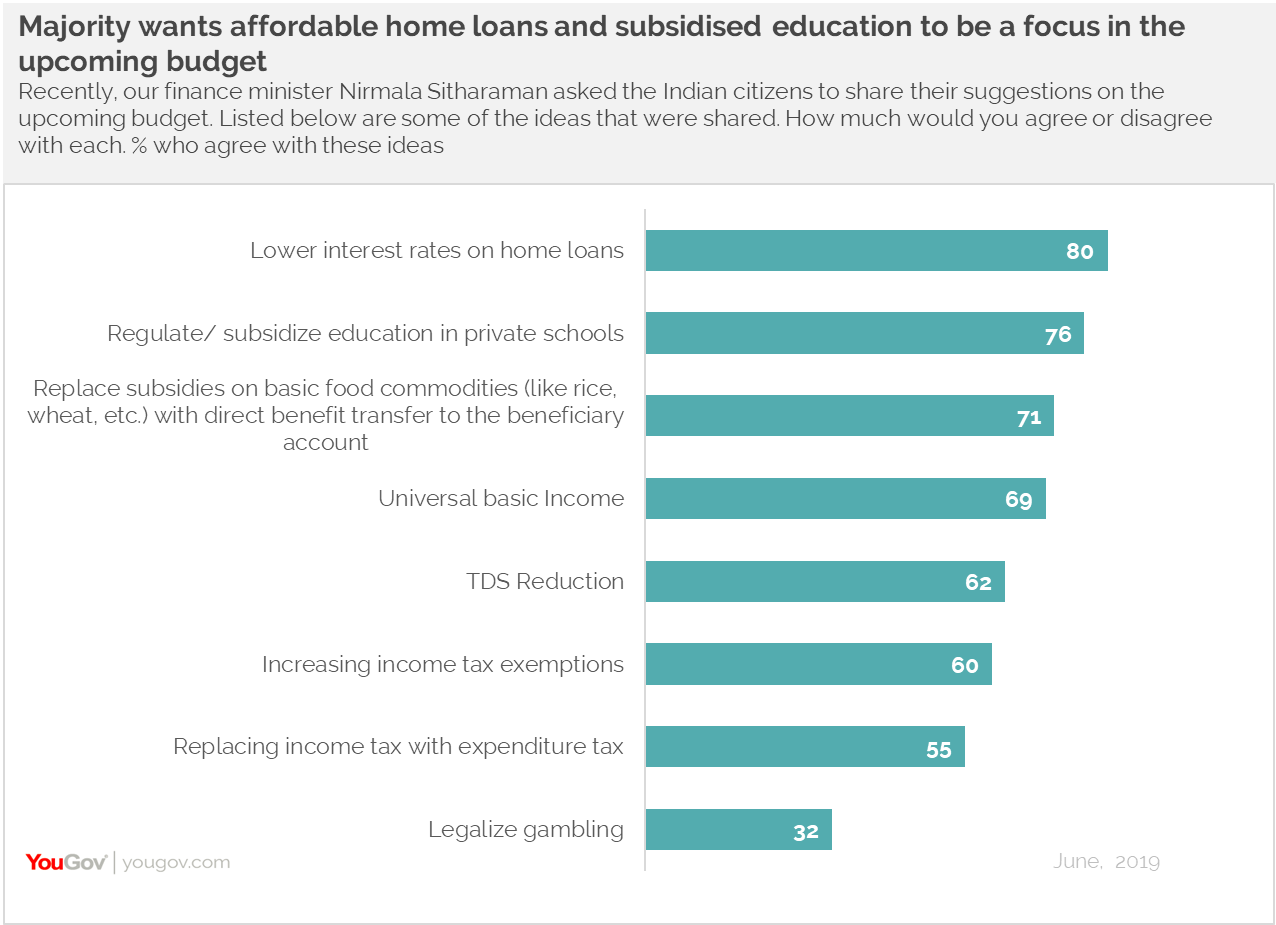 Around seven in ten also think ‘Replacing subsidies on basic food commodities with direct benefit transfer to the beneficiary account’ and ‘Universal basic income’ are good areas of focus.

Large numbers are hoping for tax revisions such as TDS reduction (62%), increasing income tax exemptions (60%) and replacing income tax with expenditure tax (55%) to be a part of the upcoming budget.

While the majority favours almost all of the suggestions made to the minister, two in five (40%) disagree with the idea of legalising gambling in the country. Interestingly, there is a considerable demand for legalising gambling in the country, with residents of tier-3 cities more likely to demand this from the government than other city residents.

In general, job creation, women safety and provisions of healthcare facilities are people’s top expectation from the government. YouGov research shows that the priorities of people have not changed since January when we first questioned them on their expectations from the interim budget. Jobs, women safety and healthcare were the top demands and the data shows that people are consistently demanding the same from the government. However, the number of people saying this has either gone up by a small percent or remains the same. 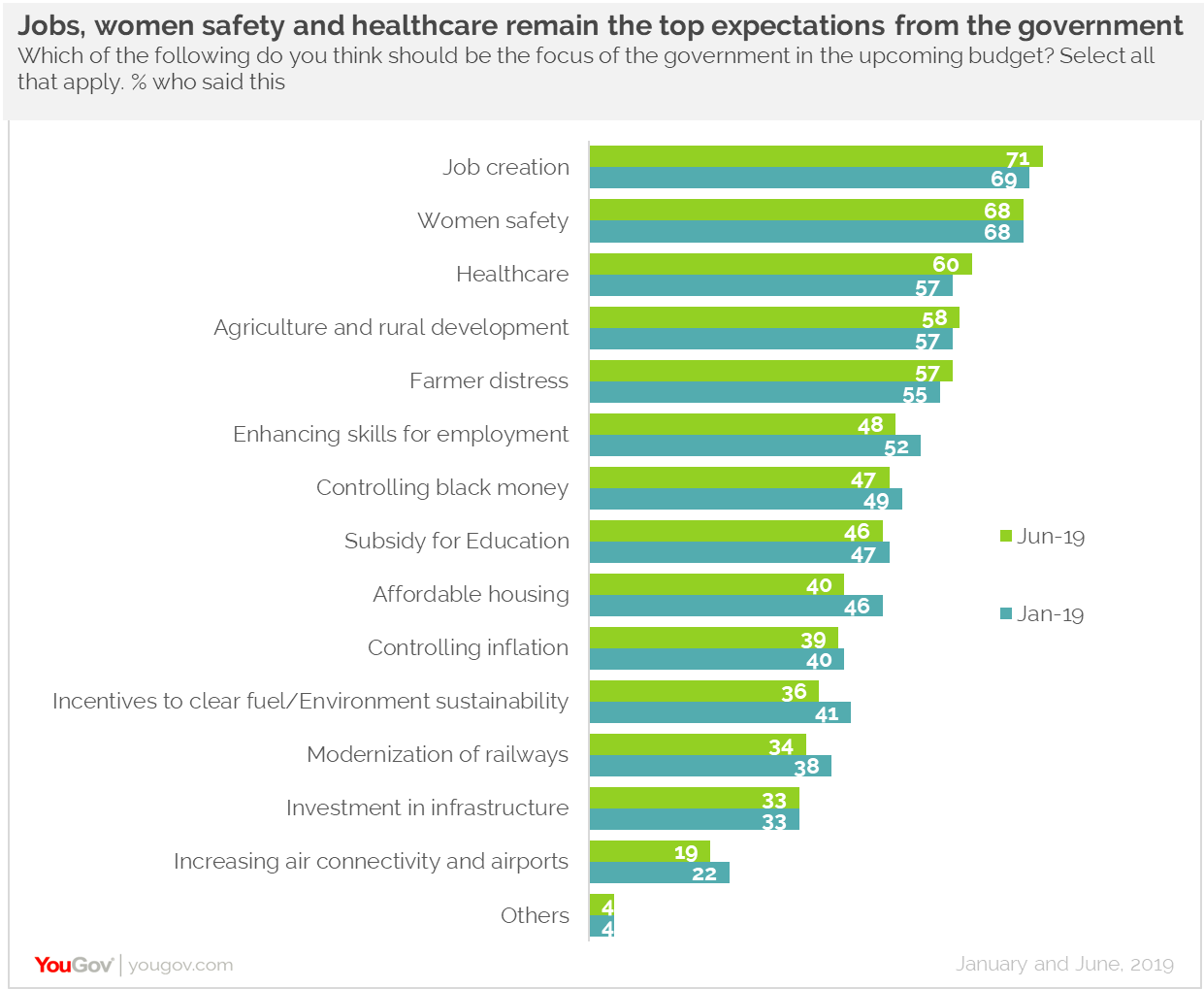 While almost the same number of people say controlling inflation and subsidy for education should be the focus in the budget, the number of people saying the government should emphasize on environment sustainability, investment in infrastructure and modernisation of railways has gone down to some extent.

Data collected online by YouGov India among 1,025 respondents in India in June 2019, using YouGov’s panel of an online representation of India