More than seven in ten people in India (72%) prefer watching content in languages other than the ones they speak or understand with subtitles, new YouGov research reveals.

Although most people prefer subtitles, around a quarter likes it dubbed (24%). South India has the greatest preference for subtitled content amongst all regions (82%) while North and East India are twice more likely than the South to prefer dubbed versions (34% vs 16% and 33% vs 16%, respectively).

When it comes to translations (subtitles or dubbing), most people in India prefer to have foreign or regional content translated in English (71%), followed by Hindi (23%). Even though the majority wants English translations, around 2 in 33 people (7%) said they would prefer translations in their native language. Of the people who said this, Malayalam (14%) and Tamil (12%) speaking people are most likely to want it this way. 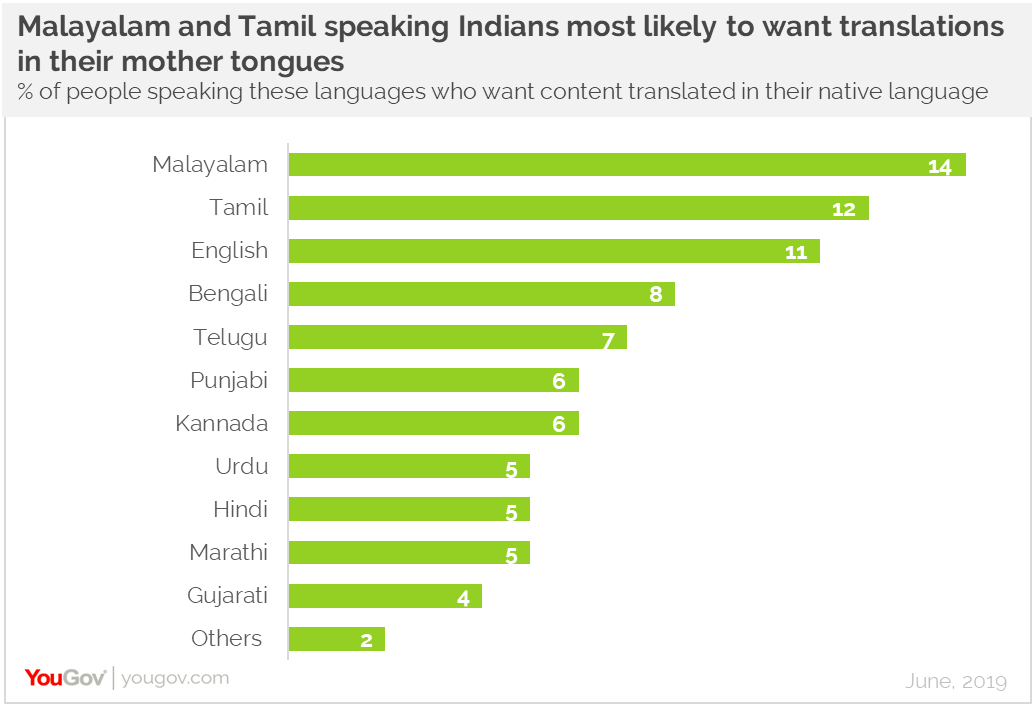 Hindi is the most spoken language in India, however, only a quarter (26%) of Hindi-speaking consumers want their content subtitled or dubbed in the same language. Most of them want it translated in English, but among the English-speaking people, a third (34%) want translations in Hindi. However, the highest demand for English translations comes from Kannada (88% saying this) and Telugu (86%) speaking Indians.

Even though a small percentage of people want translations in their mother tongue, the probability of consuming content in one’s native language seems to be high, with around eight in ten claiming they would watch foreign (82%) or regional content (78%) if it was made available to watch in their mother tongue.

At present, more than half the people (55%) watch foreign language content and a much higher proportion consumes regional content (84%). YouTube is the biggest platform for foreign content consumption, with three-quarter saying they watch international content on it. OTT platforms such as Netflix and Amazon are the second biggest mediums to devour foreign content (61% saying that). However, TV is the biggest consumption platform for local content (73%), closely followed by YouTube (72%). 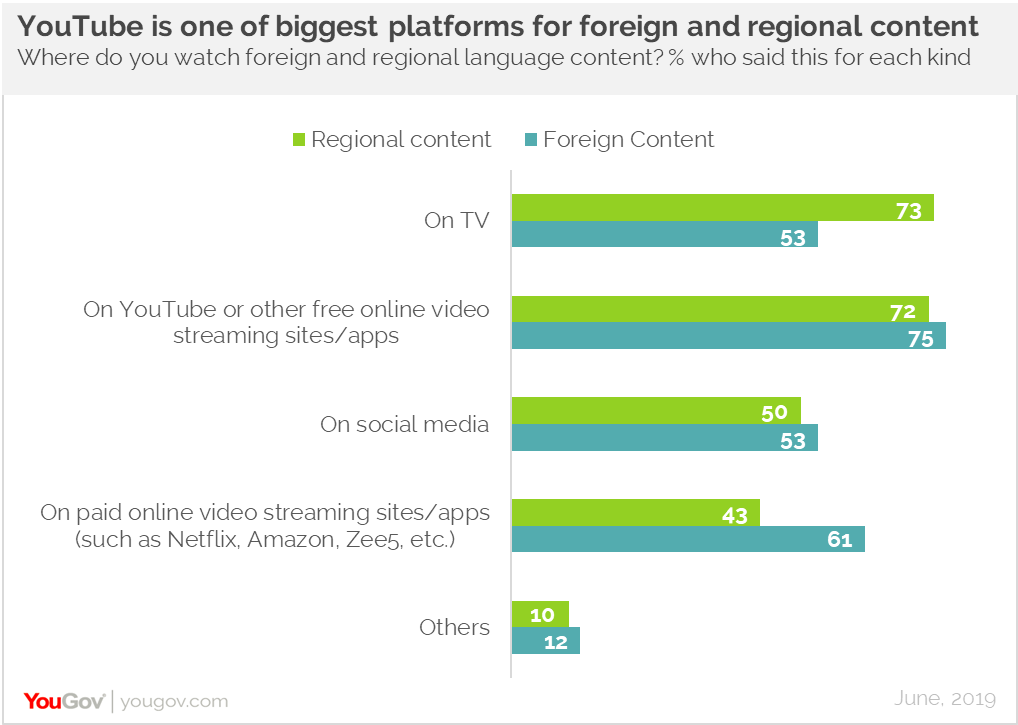 Speaking about this, Deepa Bhatia, General Manager, YouGov India, said, “India is an amalgamation of different languages. In order to win over this lucrative market, content creators need to localise as much as possible. Digital players have an especially great opportunity as a lot of content, both regional and western, is being consumed online. However, most of it is available in only a few languages. A vast regional market still remains untapped. The data shows that there is an interest in seeking content in one’s native language and brands need to understand the needs and preferences of this set in order to expand their audience base.”