June was an action-packed month for brands. With the cricket season in full swing, there were ample opportunities for brands to ride high on the World cup wave. Cricket was a dominant theme in a lot of advertising campaigns launched in the last few months. This great opportunity, however, raises an important question - How well do sports-related sponsorships work for brands in terms of achieving cut-through among their target audiences?

YouGov BrandIndex, the daily brand health tracker, analyzed the Ad Awareness (whether one has seen an advertisement for a brand in the past two weeks) of all of the 250 brands that it tracks across nine categories to show the most improved brand in terms of awareness created through its recent advertising efforts.

The result shows that Booking.com is the brand that has achieved the greatest upliftment in Ad Awareness in the month of June. It has registered an increase of +6.8 points in its Ad Awareness in the last month, changing its score from +8.4 points in May this year to 15.2 in June, suggesting that more people have noticed an ad from the brand during this time.

Having said that, overall Booking.com steals the show and a large part of this could be attributed to its association with the world cup. End of March, Booking.com announced its strategic five-year global partnership with the International Cricket Council (ICC) to become the exclusive accommodation and attractions booking partner for all ICC events which includes some of the biggest events, such as the ICC Men’s Cricket World Cup 2019 in England and Wales. 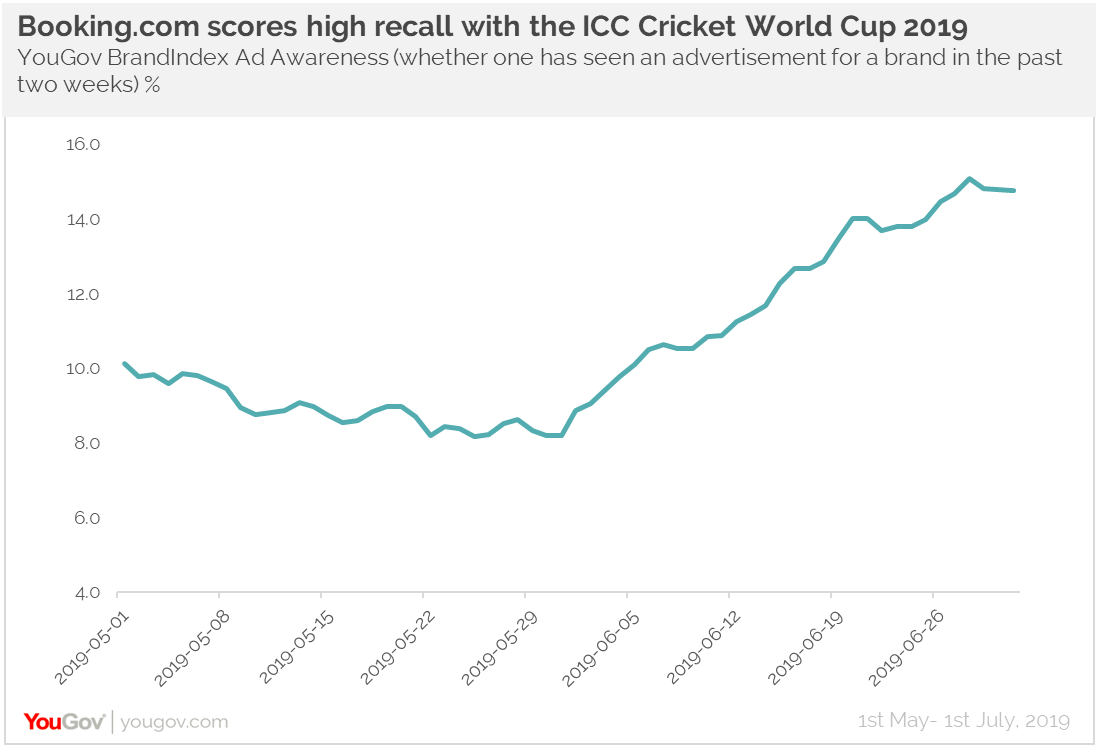 Not just the Ad Awareness, even Buzz (whether one has heard something about a brand in the past two weeks) has increased around the same time, from 5.8 at the beginning of May to 9.9 in June, suggesting that not only are people noticing ads from the brand but are also having conversations about it. The brand also made news by pledging to donate 500 pounds for every wicket taken in India vs England match as a part of ICC’s ‘Cricket for Good’ initiative. 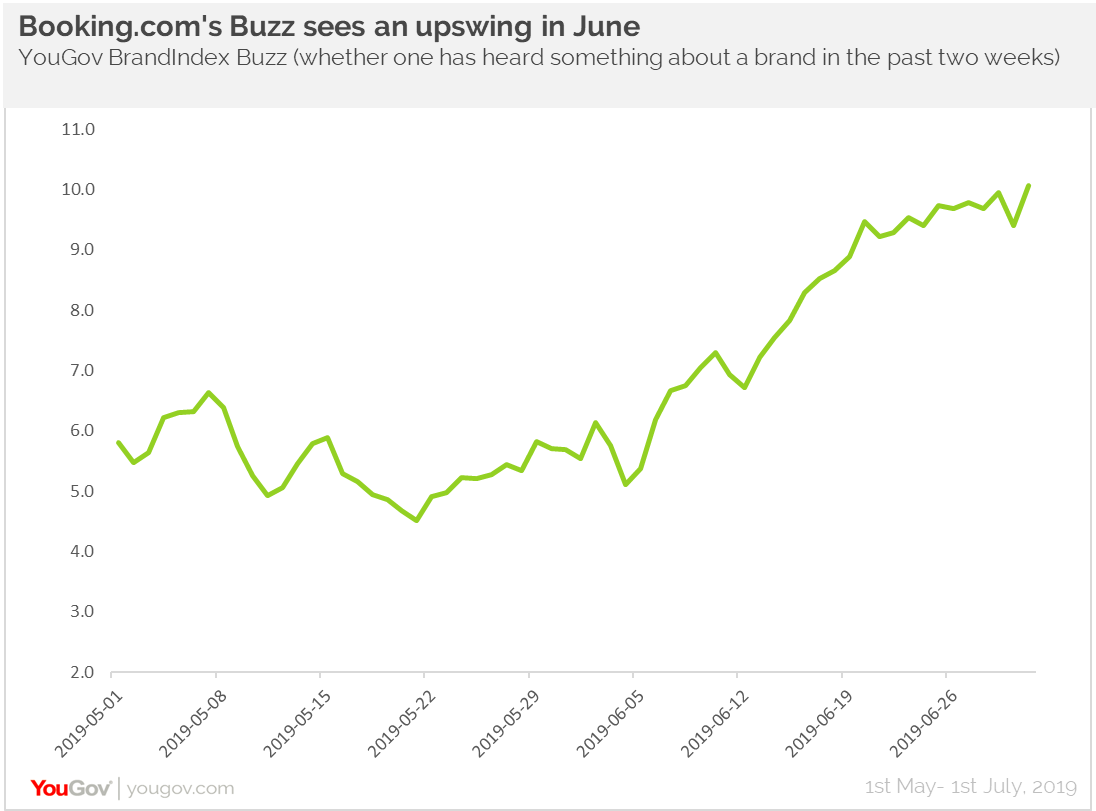 Even Word of mouth (whether one has talked about the brand in the past two weeks) has seen an upswing from 9.0 in May to 11.8 in June, further strengthening the positive chatter around the brand.

In a country obsessed with cricket, this partnership really shows how a brand can benefit from a timely and strategic partnership with sports events. Now that the brand knows that its recent efforts have paid off, it needs to take the right steps to translate this awareness and positive buzz into sales.

BrandIndex is the authoritative measure of brand perception. Unlike any other brand intelligence service, it continuously measures public perception of thousands of brands across dozens of sectors. We interview thousands of consumers every day, yielding over 2.5 million interviews a year. BrandIndex operates at national and international levels, allowing you to track brand perception in just one country, compare across multiple countries or monitor a global picture. More about BrandIndex »