Food delivery platform Zomato has had some very rough past few months. First, the brand was the target of a social media fury led by an unsatisfied customer and then it came under the radar of angry restaurateurs who started a logout campaign against Zomato showing their resentment over deep discounts offered under its Gold programme.

YouGov’s daily brand health tracker- BrandIndex, continuously monitors how media and news events impact consumer’s brand perception and purchase behaviors. The data shows that Zomato’s Buzz which measures whether one has heard something positive or negative about the brand in the past two weeks, declined steadily in accordance with the mounting controversies, and saw a fall of 6.8 points, from 42.7 at the beginning of July to 35.9 in August end. 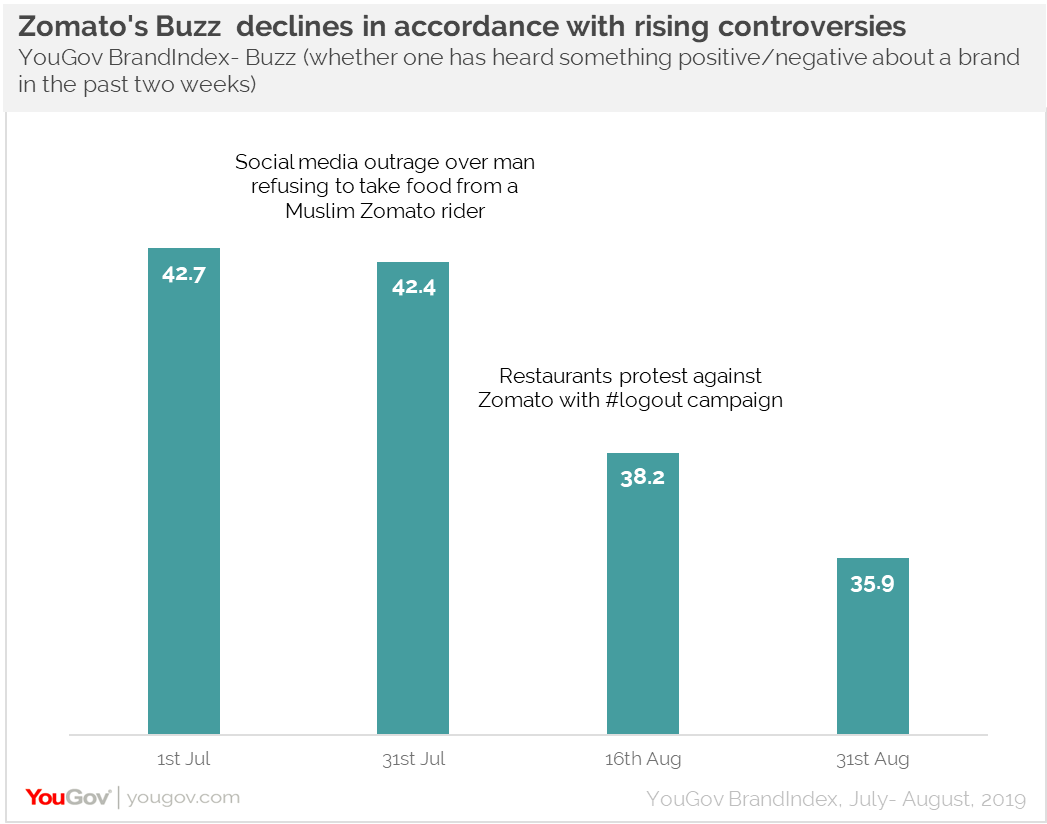 The first controversy surfaced towards the end of July when a Hindu man refused to accept his Zomato order from a Muslim rider, sparking a social media debate. The Buzz score started declining steadily post this event, hitting it’s lowest in August, right after restaurants started a #logout campaign against Zomato by deciding to withdraw from membership programmes that allow diners to indulge in steep discounts.

Not just Buzz, even Recommend (whether one would recommend the brand to others) has plummeted within this time frame, from 42.5 in July to 37.5 in August, suggesting that the brand has taken a hit in terms of public perception.

The negative Buzz has affected the brand strongly and its overall health has suffered. Zomato’s Index score which is an average of quality, value, impression, reputation, satisfaction and recommend scores, has also fallen from 38.5 on 31st July to 34.9 on 31st August 2019, the time period marked by the two controversies. 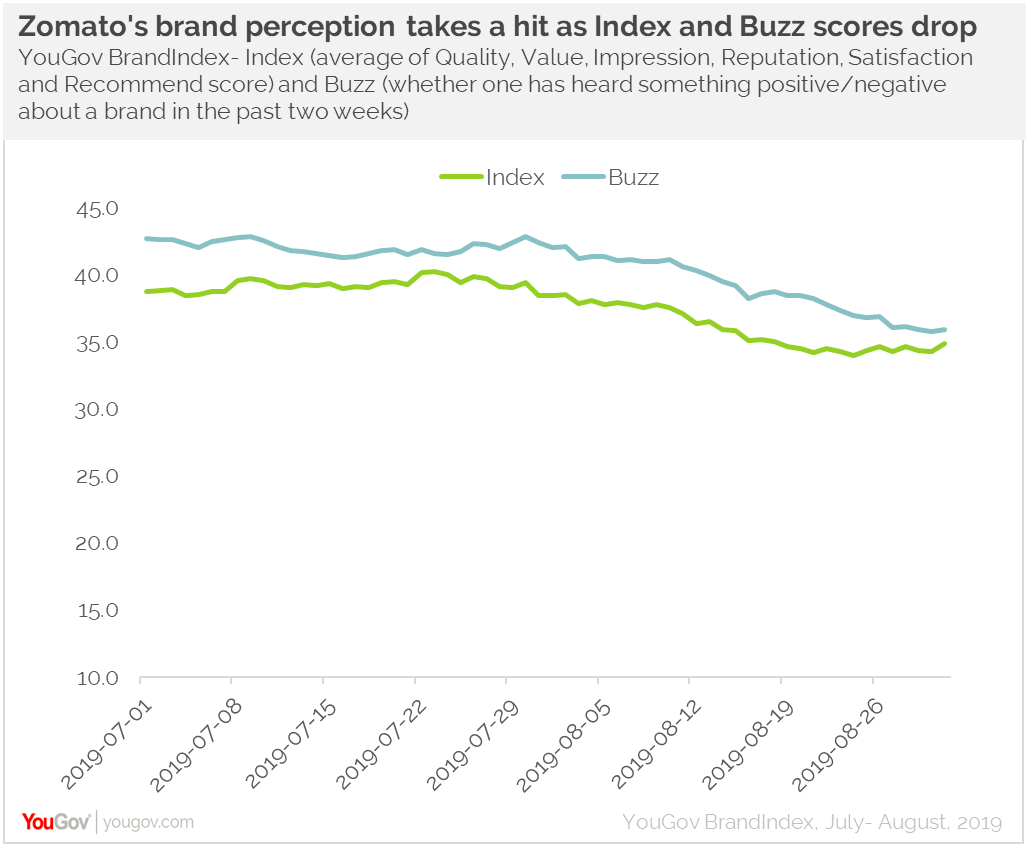 Although Zomato has tried to make peace by making modifications to its Gold programme, restaurants still seem furious and are unwilling to accept the changes. The recent announcement by Zomato to lay off people after the adoption of AI-driven bots and automation has brought the brand back in news and further added to the ongoing drama. YouGov BrandIndex will continue to monitor Zomato’s scores in the coming months to see whether it is able to repair its public image and improve its overall brand health.