Around two-thirds of Indians (67%) said they currently have insurance of some kind, according to new data from YouGov India.

YouGov’s new research surveyed respondents on their financial priorities and looked into their attitudes towards buying insurance. The survey shows that though a majority of Indians have some kind of insurance, fewer than one in five (17%) said that having comprehensive insurance is a top financial priority for them. When asked to choose their top three financial priorities, “saving for retirement”, “saving for my child’s education” and “saving for an asset” emerged as the top three goals. Sticking to a budget, saving for a holiday and saving for marriage are slightly lower on the priority scale and paying off credit card debt is the lowest on the list, with only 13% saying this important.said 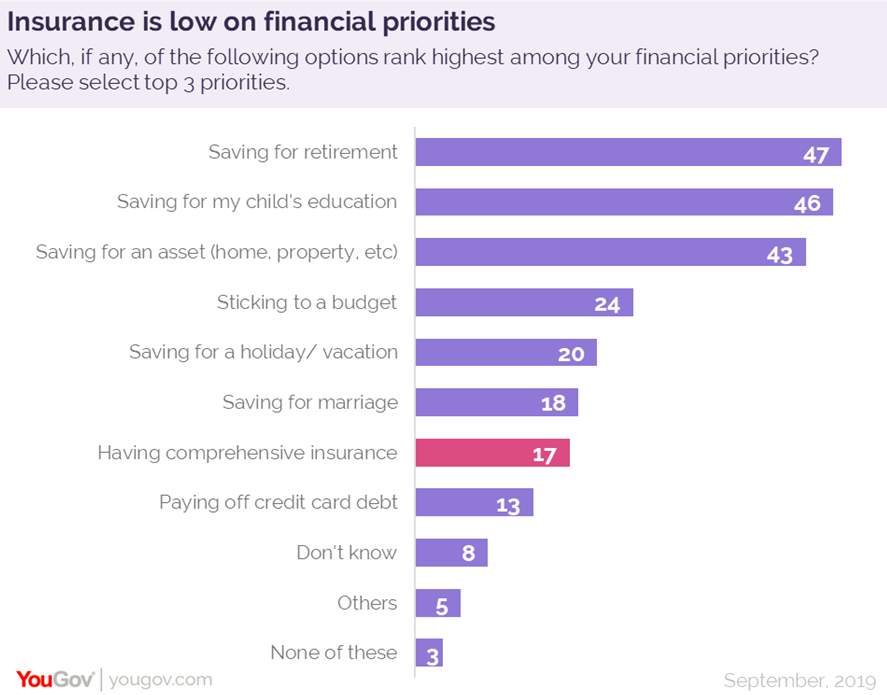 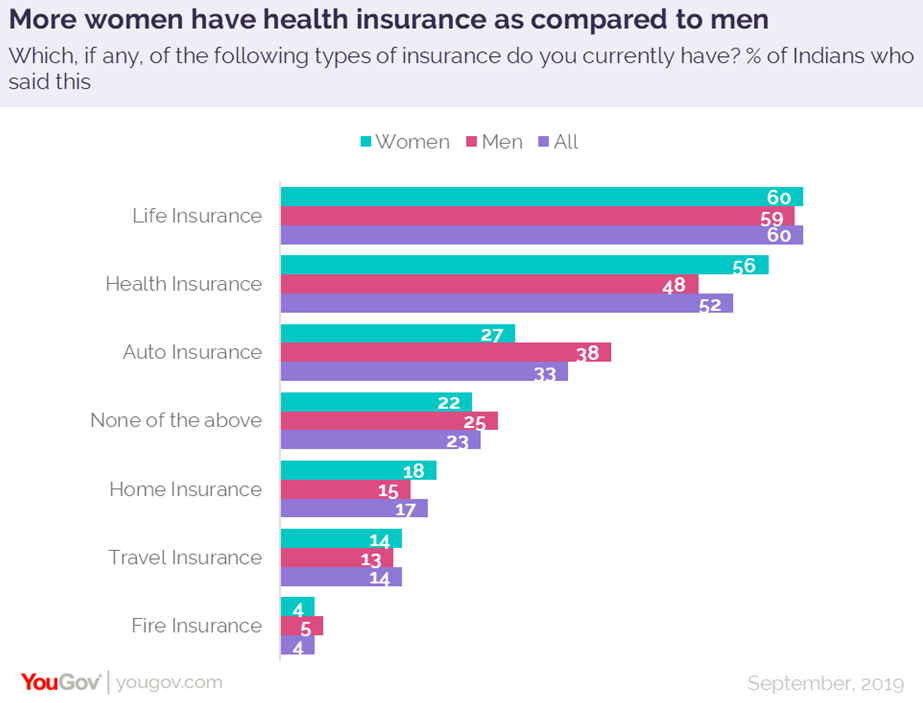 When it comes to buying insurance of any kind, one thing is clear: half of Indians prefer dealing with a real person. Three in five (59%) people said that when they are purchasing any kind of insurance, they generally work with at least one insurance agent. A similar number (65%) agreed with the statement “I’d prefer working with an insurance agent to help me find the best policy.”

The next most popular method of purchasing insurance is “online” (27%), followed by “through a mobile application” (6%) and then “over the phone” (4%). The general preference for working with an insurance agent might be in part because many people do not have the adequate knowledge to buy the insurance and more than half (57%) “strongly” or “somewhat” agreed that “Determining which insurance policies I may need is confusing.”

Looking deeper into their behaviours when buying insurance, we found that most people either search online and compare offerings/benefits of different insurance policies before buying (74%) or ask their family and friends to recommend the best policy to them (72%). 58% rely on media trends and trust companies or policies that are in news in order to make their judgement. 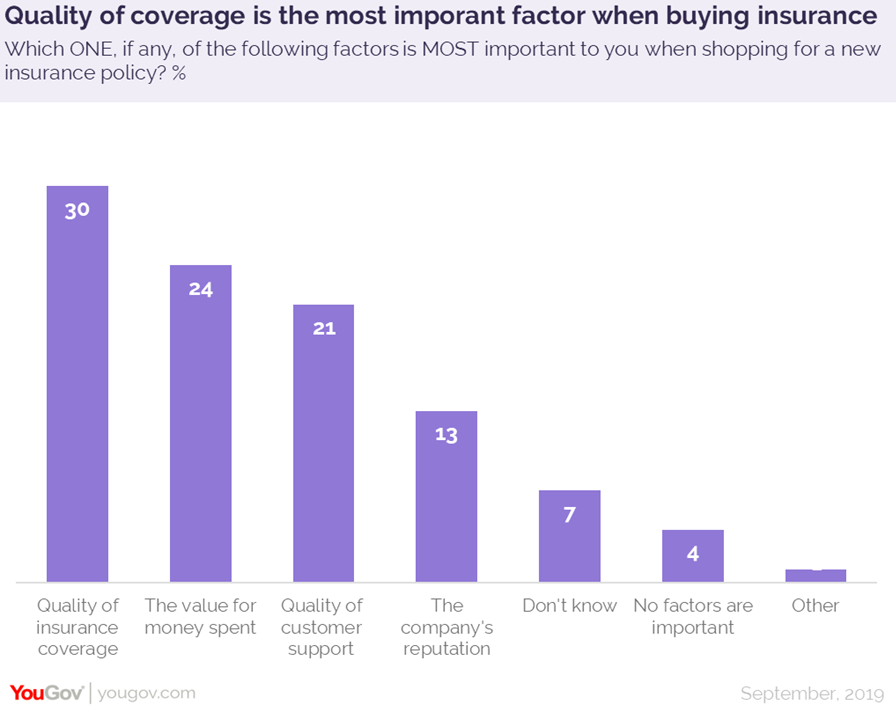 When shopping for a new insurance policy, quality of insurance coverage is the most important consideration factor (said by 30%), followed by the value received for the money spent (24%) and quality of customer support received (21%). One in eight (13%) even consider a company’s reputation while for one in twenty-five (4%) no factors are important when deciding which insurance to pick.

Data collected online by YouGov Omnibus among around 1027 respondents in India in September 2019 using YouGov’s panel of over 6 million people worldwide. Data is representative of the adult online population in the country