Swiggy tops the 2019 YouGov NextGen Work of Mouth rankings in India. The food delivery giant is the most positively talked about brand amongst young Indian adults with a Word of mouth score of 79.6. 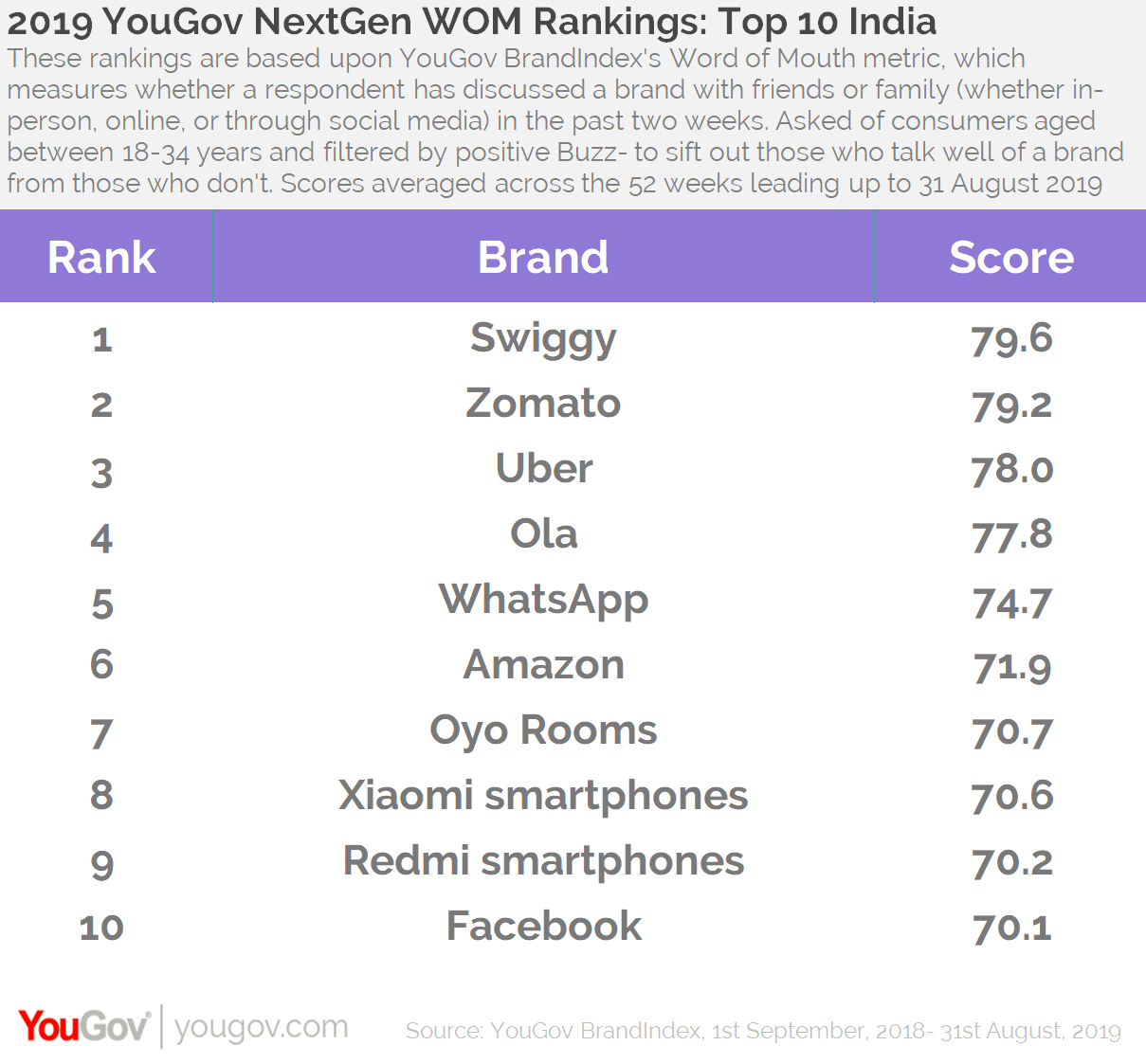 YouGov’s daily brand tracking tool, BrandIndex, considered the opinions of respondents aged between 18 and 34, collected online over the past year, to discover the 10 brands they’ve talked about the most positively with friends and family, whether in person, online or through social media.

Swiggy is closely followed by its top competitor Zomato (79.2) at second, who has shown the greatest improvement in this year’s rankings and has moved up eight places since last year. Uber has dropped down from top to third this year, while Ola and WhatsApp have fallen down two and one place in this year’s rankings, at four and five, respectively.

Facebook seems to have had the toughest past year and has declined down four places right at the bottom of the list- at ten. On the other hand, Amazon and Oyo Rooms have recorded great improvement in the past year and have managed to land a place in the top 10 list - at six and seven, respectively. Smartphone brand - Xiaomi and Redmi smartphones are some of the other fresh entrants in the 2019 rankings, at eight and nine, respectively.

The rankings also assess which brands have experienced the greatest uplift in positive Word of Mouth score over the past 12 months. The brand that has really harnessed the power of word of mouth and is gaining ground among young Indian adults is Zomato. Not only has it recorded the greatest improvement in its brand perception since last year, increasing its Word of Mouth score from 69.8 in 2018 to 79.2 in 2019, but its consistent progress has also landed it a spot in the list of top 10 brands this year as well.

Although the brand had a few rough months filled with controversies, where its Buzz score (whether one has heard something positive/ negative about a brand) saw a decline, on examining the scores annually, we saw that Zomato’s word of mouth score grew consistently and recorded the greatest improvement in the past 12 months. 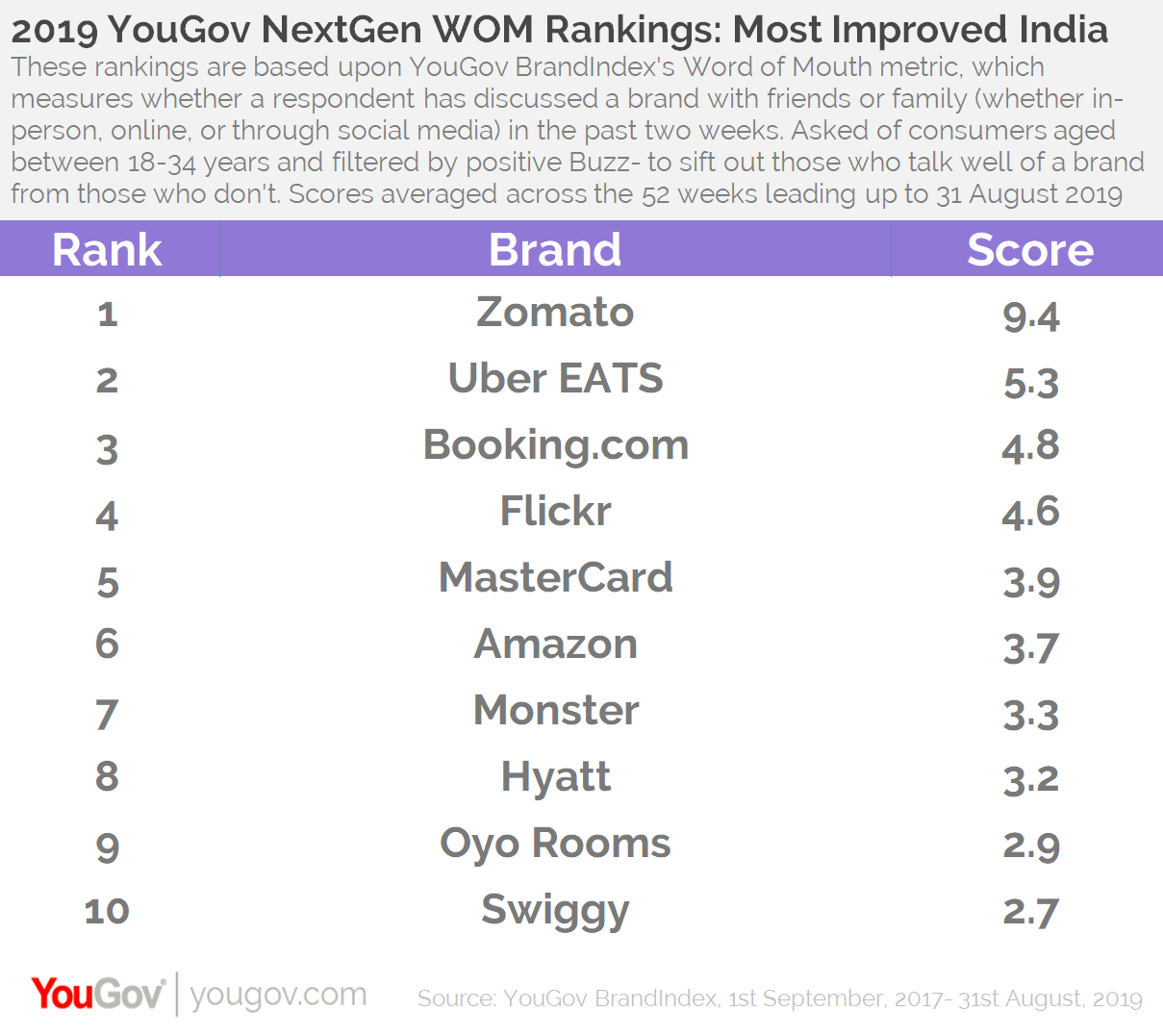 YouGov BrandIndex first screened all of its 250 brands for positive Buzz, which asks respondents "Have you heard anything positive about the brand in the last two weeks, through advertising, news, or word of mouth?" Brands with low response volume were eliminated. Brands that were tracked for at least 6 months (top 10) and at least 18 months (top 10 improvers) were then ranked on Word of Mouth scores, which asks respondents "Which of the following brands have you talked about with friends and family in the past two weeks (whether in person, online, or through social media)?" All respondents for this research were young adults 18 through 34 years old. Data was collected between September 1, 2018, and August 31, 2019, for the top 10 and September 1, 2017, to August 31, 2019, for top 10 improvers.