Not only they spending time, but around half are also investing small amounts of money in these games 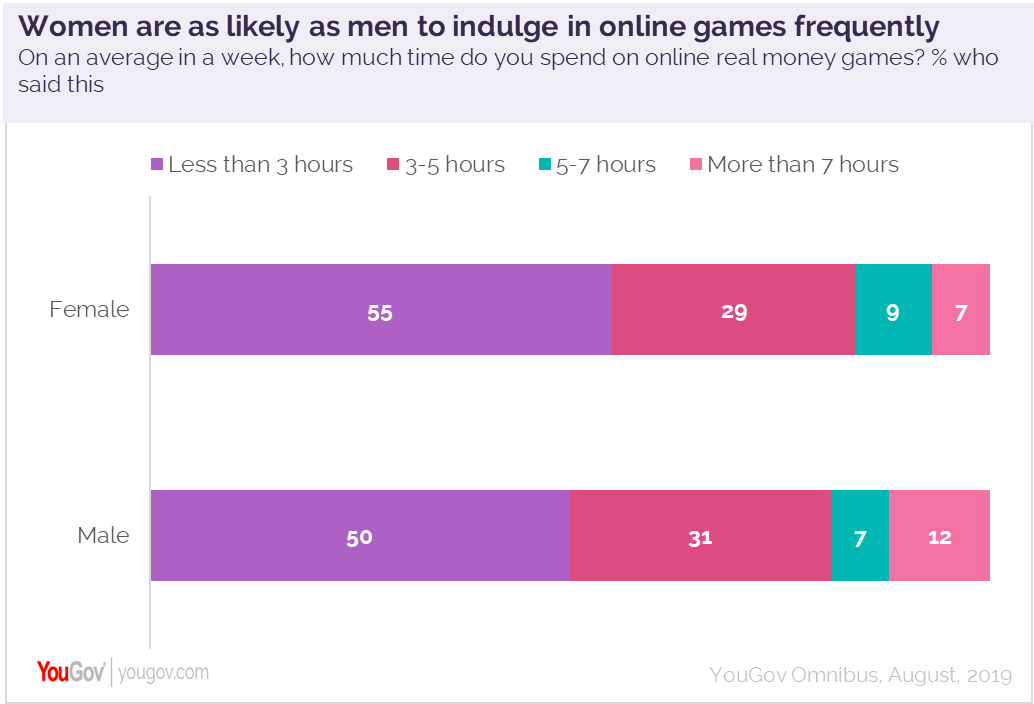 Not only are women spending enough time playing these games, but they are also investing money in them, just like men. The only difference is that as compared to men, on an average a higher number of women tend to be spending smaller amounts of up to 100 rupees (49% vs 34%), while men seem to be more indulgent than women and invest between 101- 1000 rupees monthly in these games monthly (35% vs 27%). 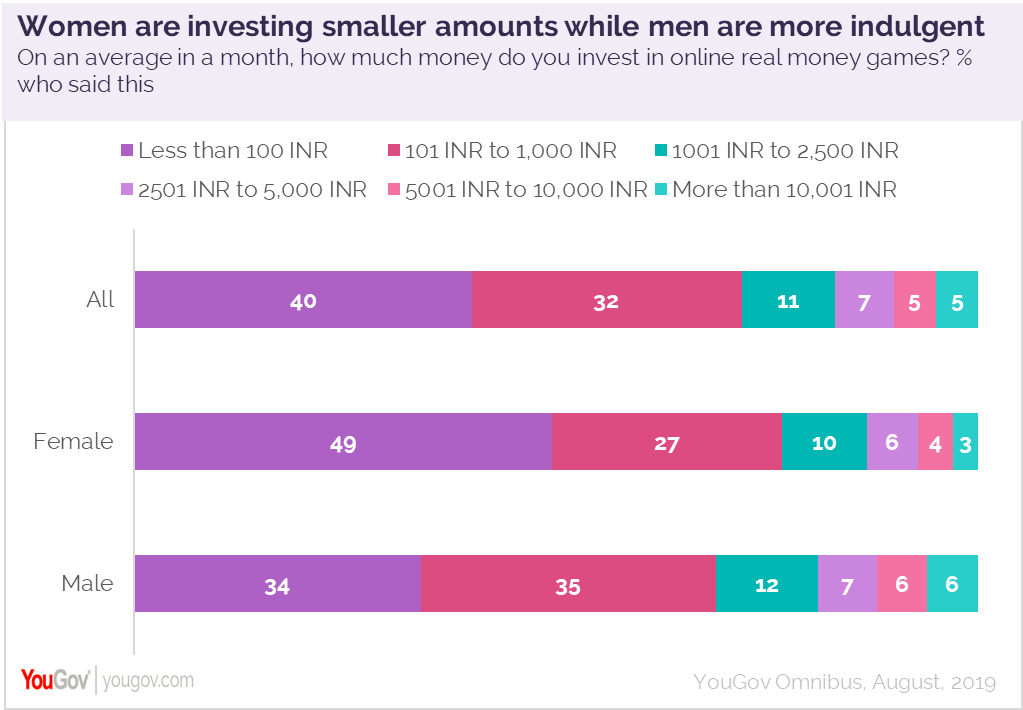 When looking at the city-tiers, the story seems to be equally interesting. People in tier-3 cities are more comfortable with placing smaller bets and more than half (52%) claim to be spending less than 100 rupees monthly on these games. On the other hand, those in tier-1 and tier-2 cities tend to invest slightly higher and close to half (47% and 46%, respectively) said they are investing between 101- 2500 rupees in these money games. Once again we see active participation from women with 64% of them in tier-3 cities claiming to spend up to 3 hours a week on these games, which is much higher than time spent by women in tier-1 (52%) and tier-2 cities (54%).

At present, three in ten people in India (29%) said they play online games daily, with 31% men and 27% women saying that. Other than the daily gamers, just above a quarter (26%) are also active players who play these games weekly (26%). On being asked about their likelihood to continue playing these games, around 3 in 5 (59%) people said they were ‘very’ and ‘somewhat’ likely to play these games. It is interesting to note here that residents of East India are most likely to be hooked onto these games and keep playing them (with 74% saying this) while West India is the least likely to do so (45%).

Data collected online by YouGov Omnibus among around 925 respondents in India in August 2019 using YouGov’s panel of over 6 million people worldwide. Data is representative of the adult online population in the country