As the government is considering potential censorship on digital platforms, YouGov’s new research shows that the majority of people in India (57%) think censorship is required for online streaming platforms such as Netflix, Hotstar, Voot, and so on. 27% think it is not required while one in six (16%) are unsure of it.

Naturally, the older age cohorts are more likely to affirm to content regulation than the younger ones. Amongst all the age groups, GenX is most likely to say censorship is needed while GenZ is least likely to say so (66% vs 35%).

In general, an overwhelming majority of Indians support some form of content censorship. Nine in ten (91%) said content- either on TV, films or online, should be regulated by the government, either always (as said by 40%) or sometimes (51%). Men are more likely than women to say they want content to be regulated always (45% vs 34%) while women are more likely to want censorship sometime (56% vs 46%). 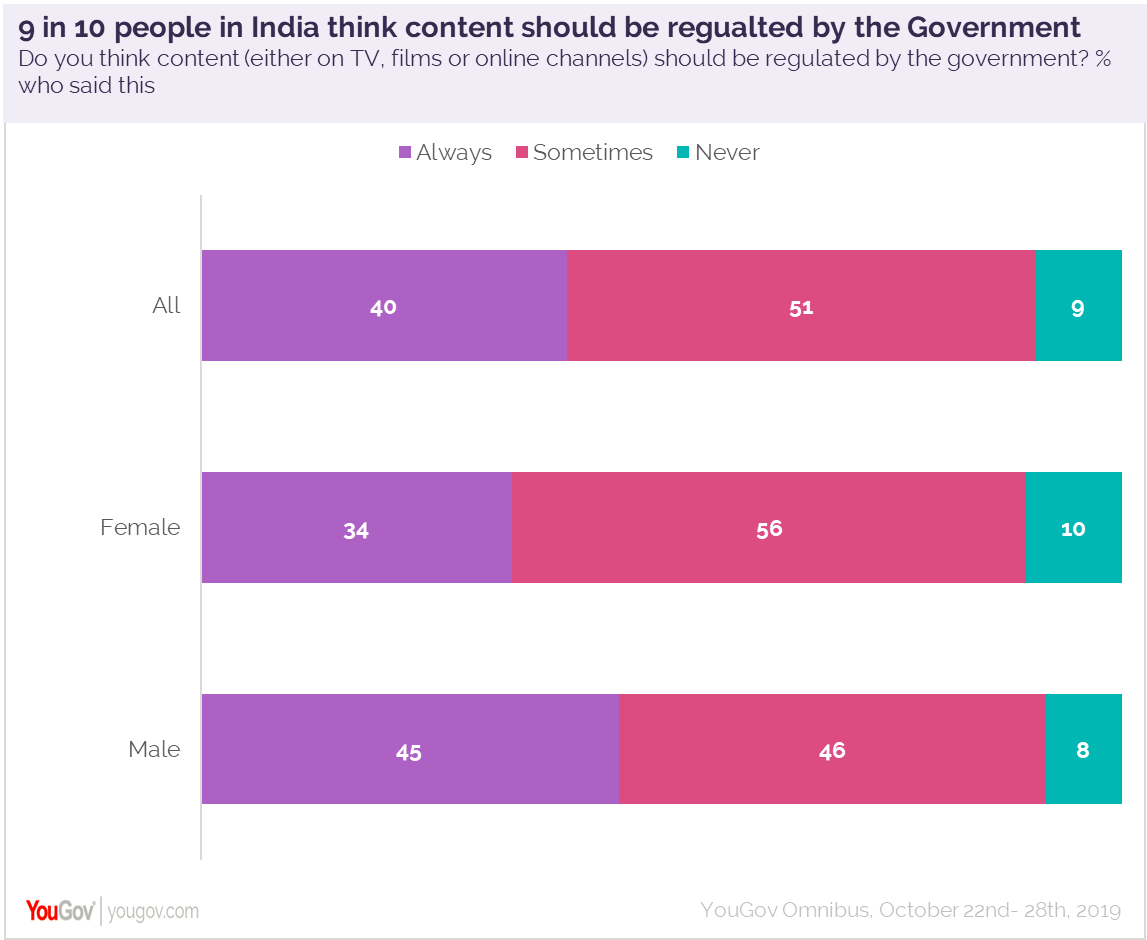 Most people feel (59%) a lot of offensive content unsuitable for public viewing is being created nowadays and hence should be censored. Almost as many (57%) fear that inappropriate content can have an adverse impact on children. Close to half (47%) find it uncomfortable to watch certain types of content around family and hence want some regulation.

Even though the majority (57%) think content censorship is important, many (36%) believe regulation should only be for mass mediums like TV and films but not for online mediums.

When asked about the likely effects of content regulation for online streaming platforms, close to half (47%) said they feel better quality content will be created as well as watched by people due to this change. However, some people feel otherwise and hint at a gloomy outcome- piracy and illegal downloading will increase (32%) and the quality of content will suffer due to this (30%). 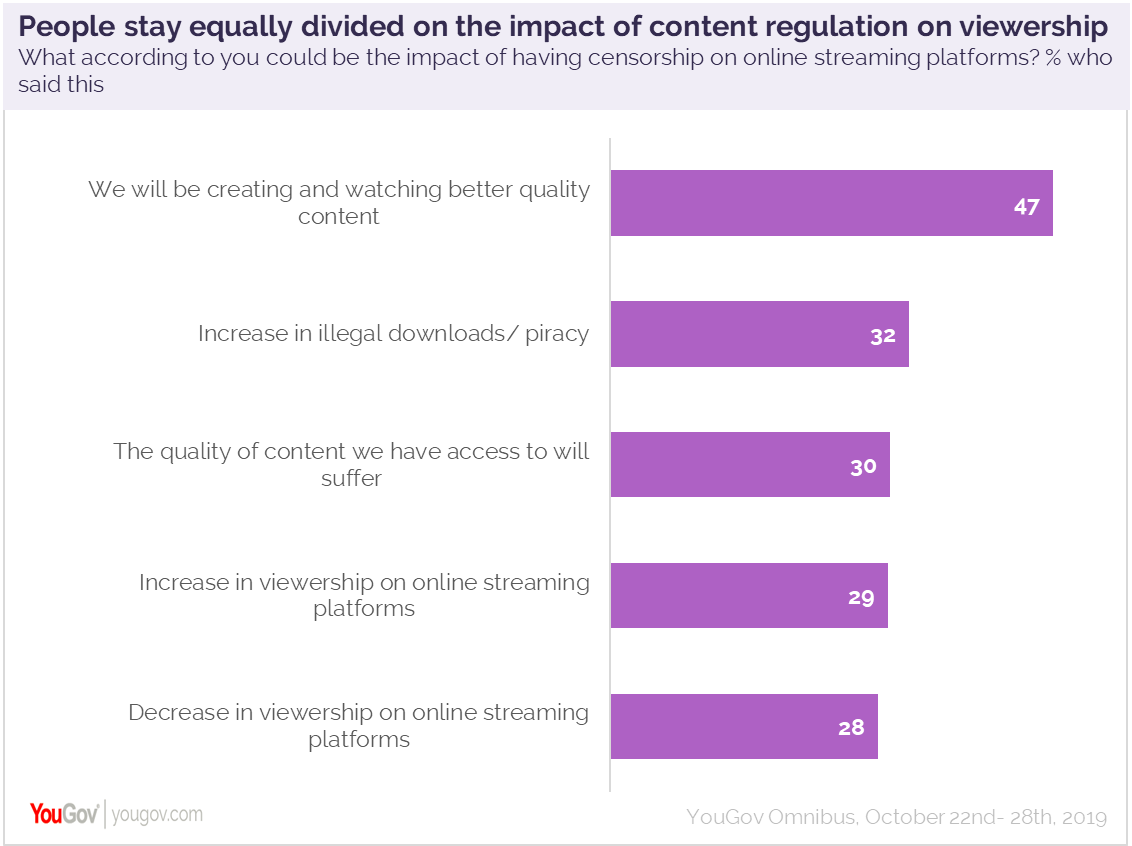 When it comes to the possible impact on viewership, people in India are equally divided. 29% think censorship will lead to an increase in viewership on online streaming platforms but almost as many (28%) think the opposite- it will decrease tune-ins into these platforms.

People in West India are most likely to feel the negative impact strongly. Compared to the other regions, not only do more people in this region (37%) think this move will lead to a slump in online viewership, just as many (38%) feel the quality of content will suffer as well due to this move.

Data collected online by YouGov Omnibus among around 1005 respondents in India between October 22nd and 28th 2019 using YouGov’s panel of over 6 million people worldwide. Data is representative of the adult online population in the country