Google tops the YouGov Brand Advocacy Rankings in India and is the most recommended brand by consumers for the second consecutive year. Globally, the internet search giant has made it to the top ten list in 11 markets out of the 38 markets tracked by YouGov BrandIndex. 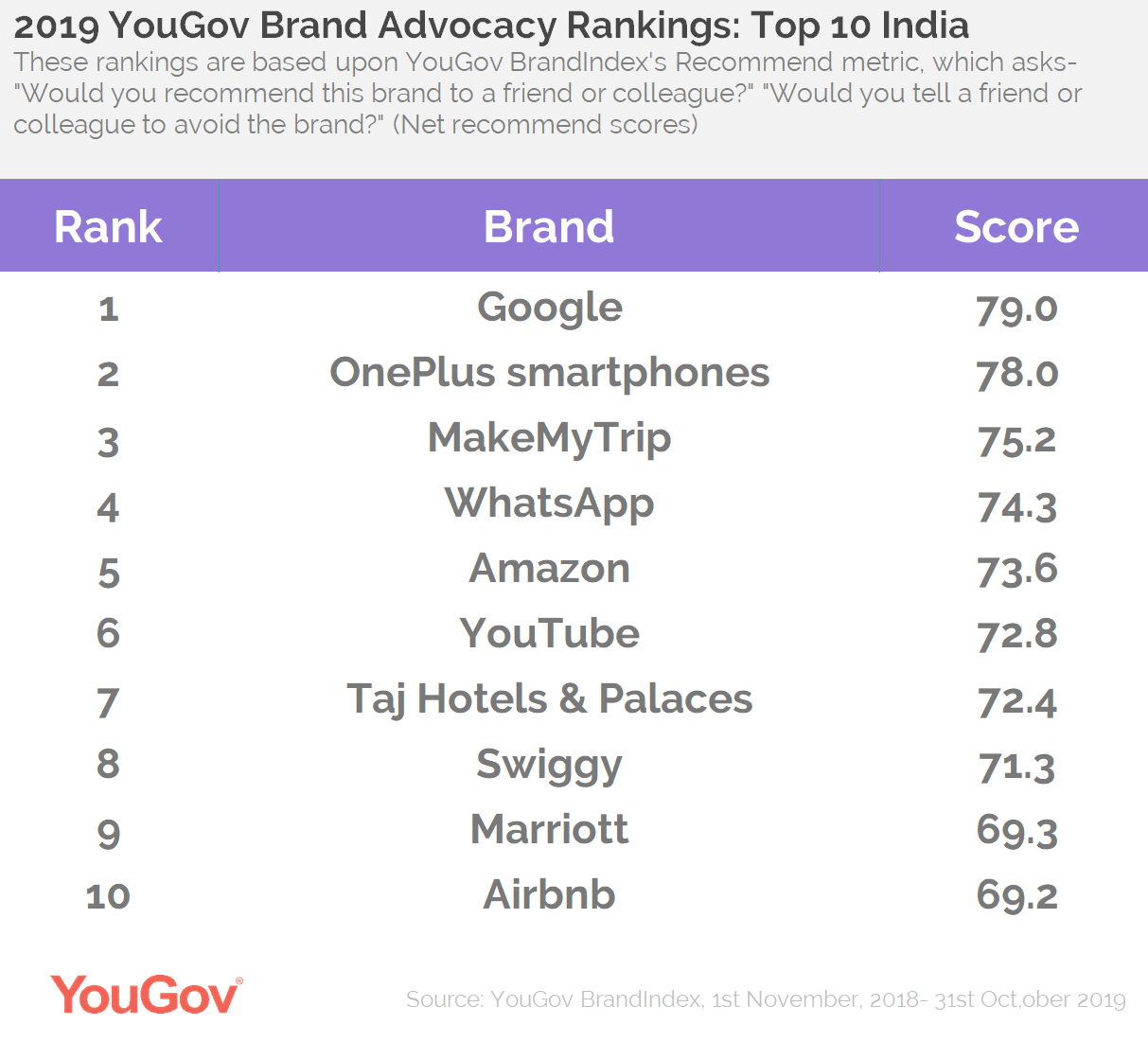 The 2019 rankings saw an impressive entry of One plus smartphones at second. Not only has it made a new entry but its strong advocacy among consumers has made it the second most recommended brand in India. Taj Hotels & Palaces is another new entrant in the top 10 list at seven. Taj’s competitor Marriott, however, remains in the same spot as last year- at nine.

MakeMyTrip which was second last year has fallen to third. Food delivery giant Swiggy has also noted decline and has fallen to eighth from sixth last year.

Although globally technology brands such as WhatsApp and YouTube have fared well and landed a place in the list of top 10 brands in a total of ten and seven markets, respectively; in India, they seem to have had a slightly difficult past year. Both WhatsApp and YouTube have moved down one place- to fourth and sixth, respectively, in the 2019 rankings.

However, the greatest decline within the top 10 list has been witnessed by Airbnb and the American homestay aggregator has moved down six places to tenth in the 2019 rankings.

On the other hand, Amazon seems to be winning consumers and has climbed up three places in the rankings to fifth this year.

YouGov also revealed the brands that have the most improved level of customer advocacy over the past 12 months. Bajaj Allianz Life Insurance has seen the biggest improvement in its Recommend score this year, changing its score by +11.2 points. 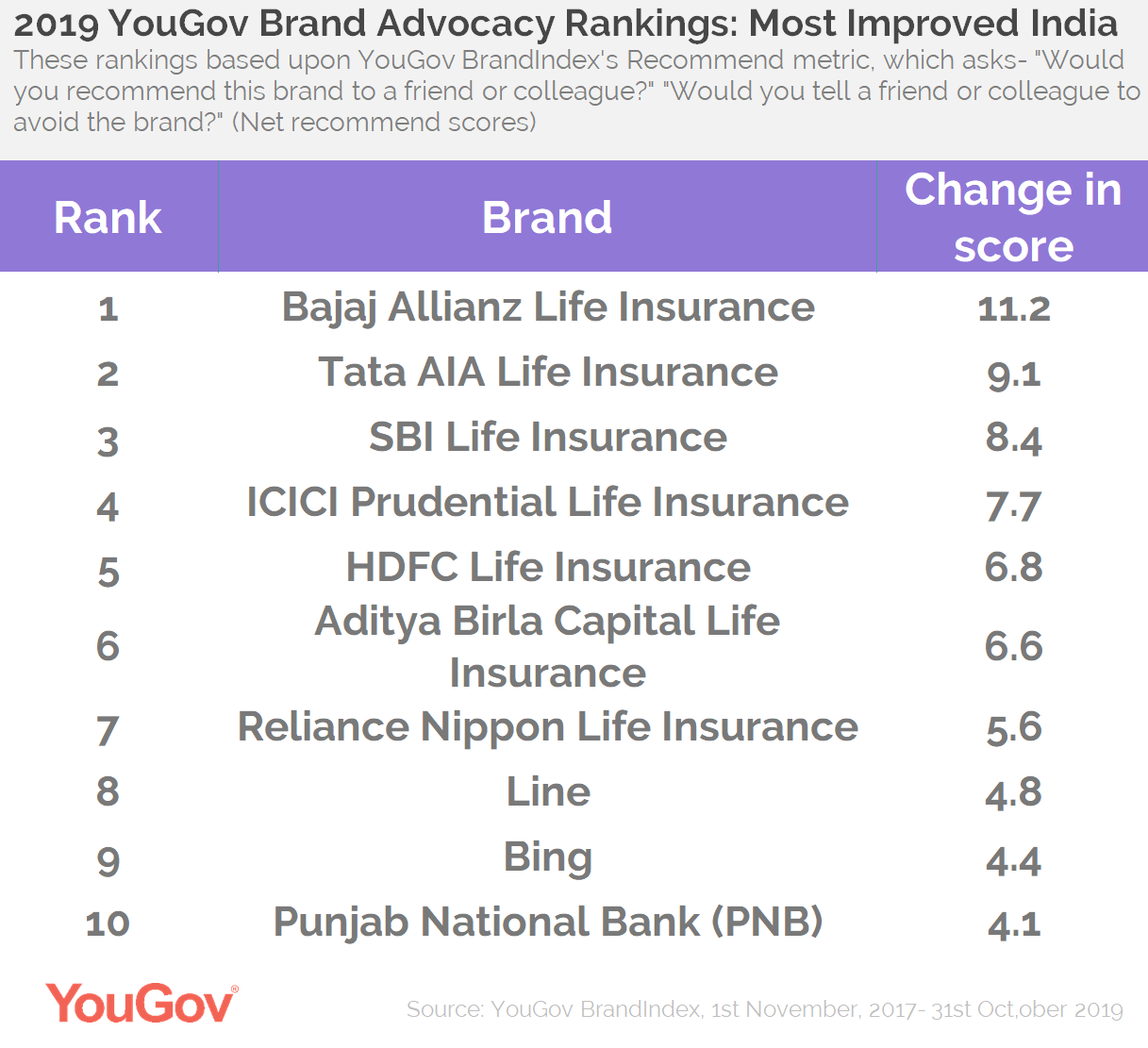 YouGov BrandIndex screened around 250 brands in India for their net Recommend score, which asks respondents "Would you recommend the brand to a friend or colleague?" and “Would you tell a friend or colleague to avoid the brand?” Only respondents who are current or former customers of a given brand are considered. Rankings data was collected between November 1, 2018 and October 31, 2019 and Improvers data was collected between November 1, 2017 and October 31, 2019. All brands must have a minimum N of 200 and have been tracked for at least 6 months to be included in the rankings and at least 6 months in the prior year's period (as well as being currently tracked) to be included among improvers.