Although all generations believe this, many young adults feel coffee is gaining ground in India

A majority of Indians (62%) agree with the statement ‘India is predominantly a tea-drinking nation’, a quarter (25%) feel the hot beverage culture has shifted to drinking coffee and one in eight (13%) feel after disruption from coffee cafes, it is moving back to drinking tea, new YouGov research reveals.

The older generations more strongly believe that India is a tea-drinking nation as compared to the youngest generation- GenZ (67% vs 49%). On the other hand, the latter is more likely than the rest to say that ‘the beverage culture of India has shifted from tea to coffee’. 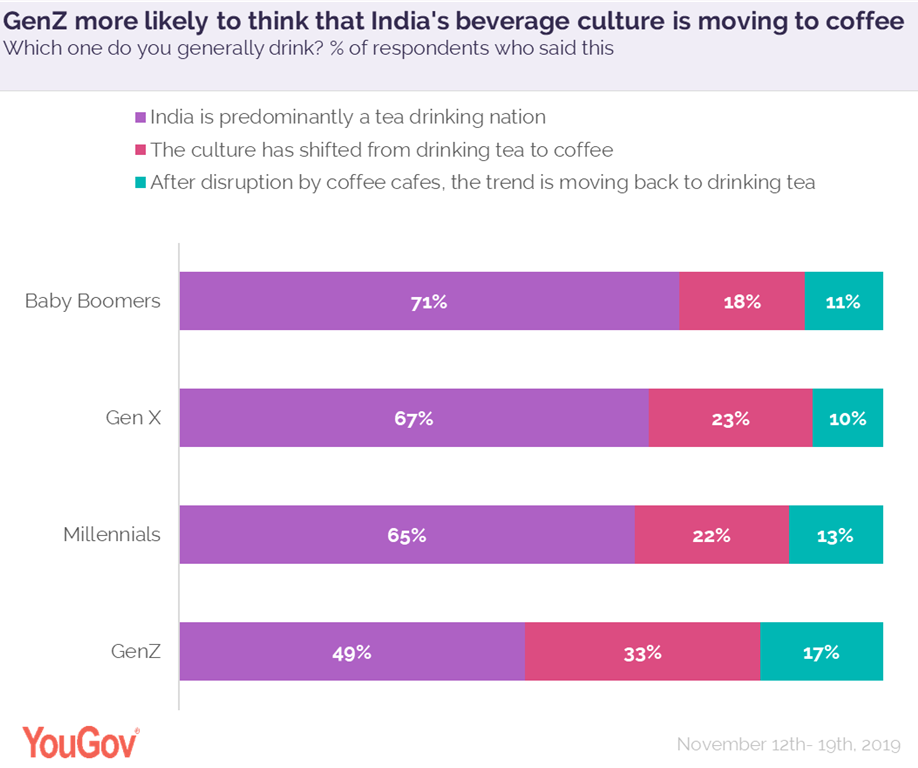 Tea has long played an integral part in the Indian culture, with many famous Indians expressing their love of a 'good cuppa'. When asked to choose the beverage they generally drink, tea came out on top with more than two in five Indians (44%) choosing it as their drink next to 18% who said coffee and 38% who said both. Even from the ones who drink both, the preference for tea is higher than that for coffee (54% vs 46%).

While the consumption of tea and coffee remains fairly consistent between men and women, there is a slight difference within the age groups. Although intake of tea is fairly high amongst all age groups, the youngest generation (GenZ) are more likely than others to drink coffee (25%). 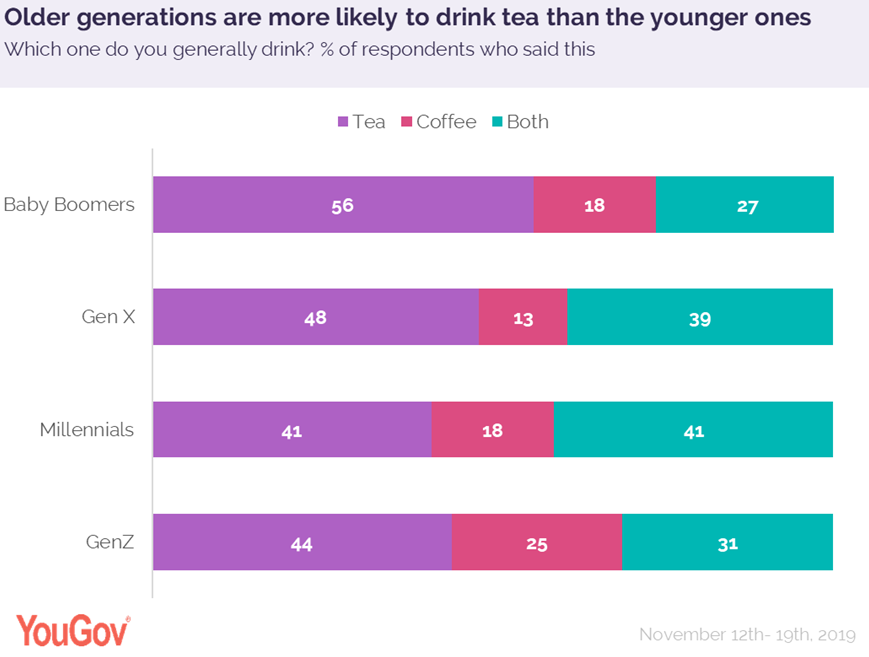 What differs among the genders is the frequency of drinking tea. Comparatively, men are frequent tea drinkers, with two in five (39%) saying they have more than two cups of tea in a day as opposed to 26% women saying that.

There seems to be some variance region wise also. Among the different regions of India, West India has a higher number of tea drinkers at 55% while unsurprisingly South India has more coffee consumers at 26%. However, the frequency of consumption is the highest in North India, with two in five (39%) saying they have more than two cups of tea a day. 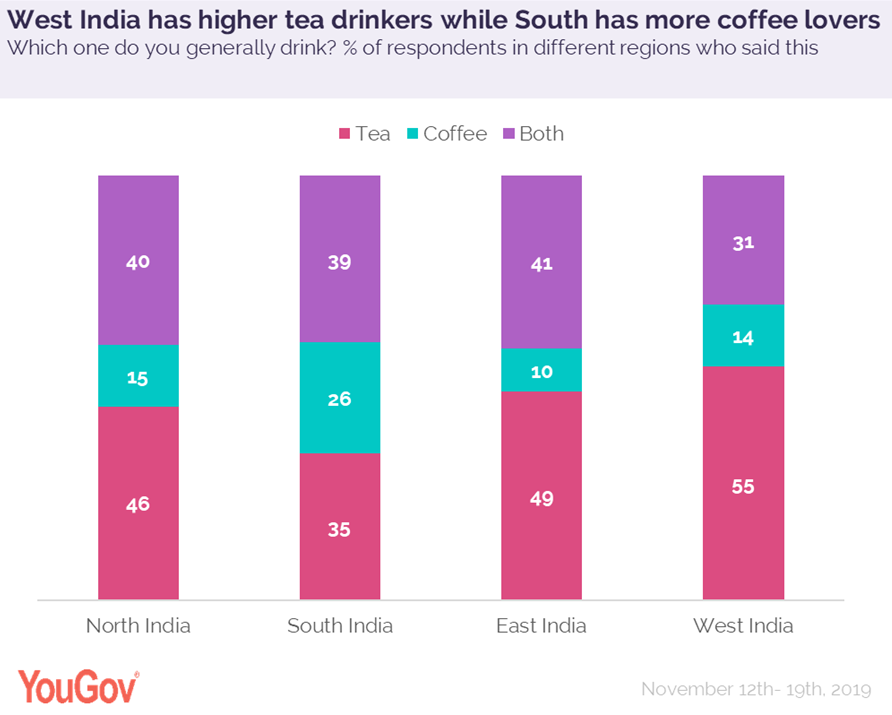 Indian masala chai tea has come out as the favourite of tea drinkers (53%), followed by green tea (43%) and Assam tea (38%). The popularity of masala chai is soaring in West India, with two-thirds (66%) saying they drink this version of tea.

Data collected online by YouGov Omnibus among around 1010 respondents in India between November 12 and 19, 2019 using YouGov’s panel of over 8 million people worldwide. Data is representative of the adult online population in the country