Around a quarter of Indians (23%) claim YouTube Music is the most frequently used app by them in order to stream music, YouGov’s latest research reveals. After YouTube, Gaana (17), Google Play Music (13%) and Jio Saavn (13%) are some of the other apps used often to enjoy music. 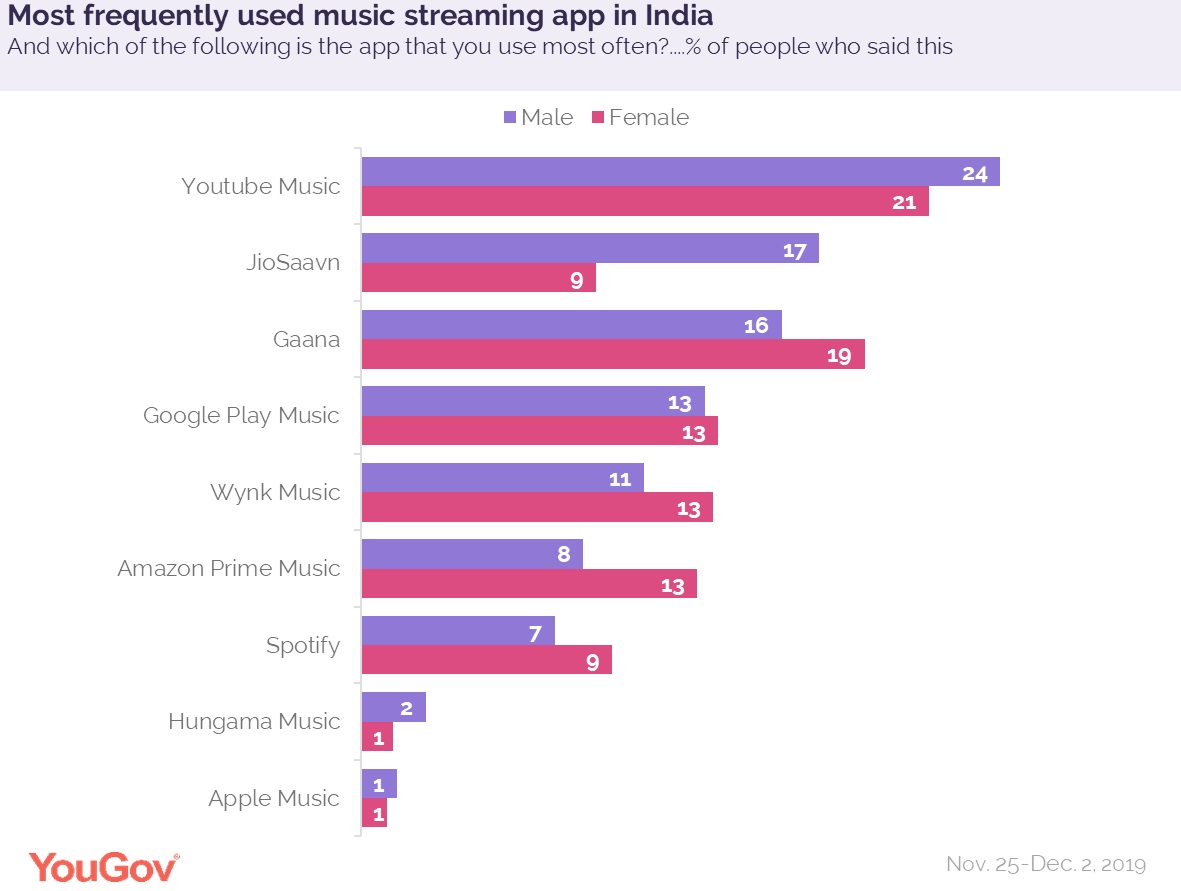 Interestingly, while the usage of music apps is similar for men and women for almost all apps, a higher number of men than women use Jio Saavn regularly (17% vs 9%) while more women than men are frequent users of Amazon Prime Music (13% vs 8%).

For close to half of those who use YouTube Music commonly, access to the latest soundtracks (49%) is the biggest reason for indulging with the platform. However, more people are drawn to YouTube Music than other music apps because of the ability to share music through the app (47%). Similarly, Spotify enjoys a prevalence over other music streaming apps when it comes to playlists. 62% of Indians use Spotify for its personalized playlist recommendations. Furthermore, another 54% prefer it because of its user-friendly interface. 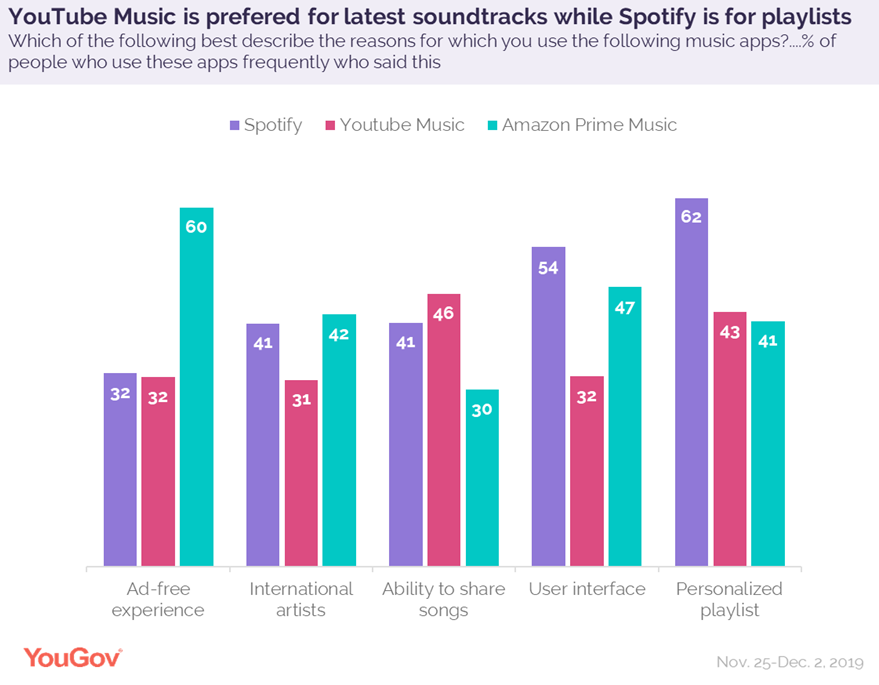 For Amazon Prime Music, the ad-free experience is the main pull for users (said by 60%) but many (42%) consider it for its featured list of international artists.

YouGov data shows that out of the people who currently use apps to stream music, the majority (77%) enjoy free versions of the apps while few (23%) prefer paid subscriptions instead. Out of the ones using YouTube Music, only 11% subscribe to the paid model as compared to the whopping 89% that uses the free version. The numbers are similar for other frequently used apps –such as with Google Play (92% free vs 8% paid users of the app) and Jio Saavn (82% vs 18%).

Having said that, some platforms have won consumers with their paid offering and more than seven in ten (71%) users of Amazon Prime Music are currently signed to the paid subscription of the app. Inclusion in the Amazon Prime Play package could be a reason for the high number of subscribers. Similarly, out of the total current users of Spotify and Gaana, 22% and 25%, respectively, are paid users of the app.

Data collected online by YouGov Omnibus among around 1018 respondents in India between November 25 and December 2, 2019, using YouGov’s panel of over 8 million people worldwide. Data is representative of the adult online population in the country