YouGov India’s latest survey reveals that around a third of urban Indians (29%) feel women safety should be India’s focus in 2020. Less than half of this number feel the economic condition (12%) and job market (11%) should receive attention in the new year. 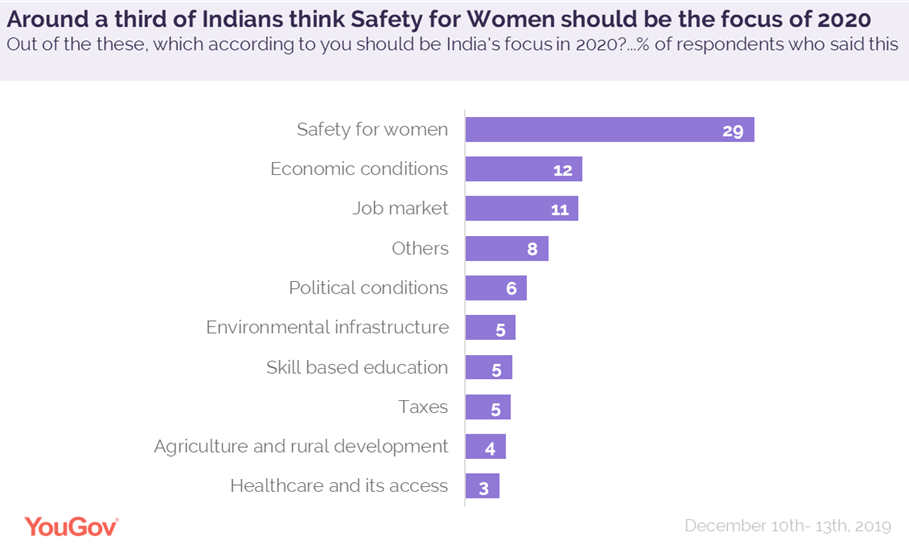 Not only do people feel women safety needs prominence, it also emerges as the area that close to half the people (45%) feel did not show improvement in 2019. Although both men and women feel this equally (with 43% men and 48% women saying this), there is a difference of opinion amongst the age groups. A higher number of Gen X (52%) felt that measures for woman safety did not show any advancement in 2019 as compared to the millennials (40%).

Many feel economic conditions (39%), political situations (35%) and job scenario in the country (35%) did not see any growth in 2019. However, over a third (35%) said technological developments witnessed a positive shift in the past year.

Looking back at the past year, YouGov data shows that although happenings from the sports and entertainment world remained in the public eye throughout 2019, politics took precedence over them and the top three highlights of the year belong to this area. When asked what according to them was the most important political event of 2019, the revoking of Article 35A emerged on top (with 28% saying it was the most important event). Similarly, for the most important cultural and sports events – ‘the Ambani wedding’ & ‘FRIENDS’ 25th Anniversary’ and ‘India’s performance in ICC World Cup 2019’ came on top, respectively.

However, when asked to choose the highlight of 2019 from a combined list of 20 of these political, cultural and sports events, a quarter (24%) chose the revoking of Article 35A as the spotlight event. This was followed by the Ayodhaya case hearing (18%) and BJP’s victory in the general elections (17%).

Air pollution in Delhi remained in the limelight and is believed by a few (11%) to be the greatest event of the year. Comparatively, lesser people considered India’s performance in the ICC World Cup (3%) and celebrations surrounding the 25th anniversary of ‘Friends’ (3%) as the shining moments of 2019. 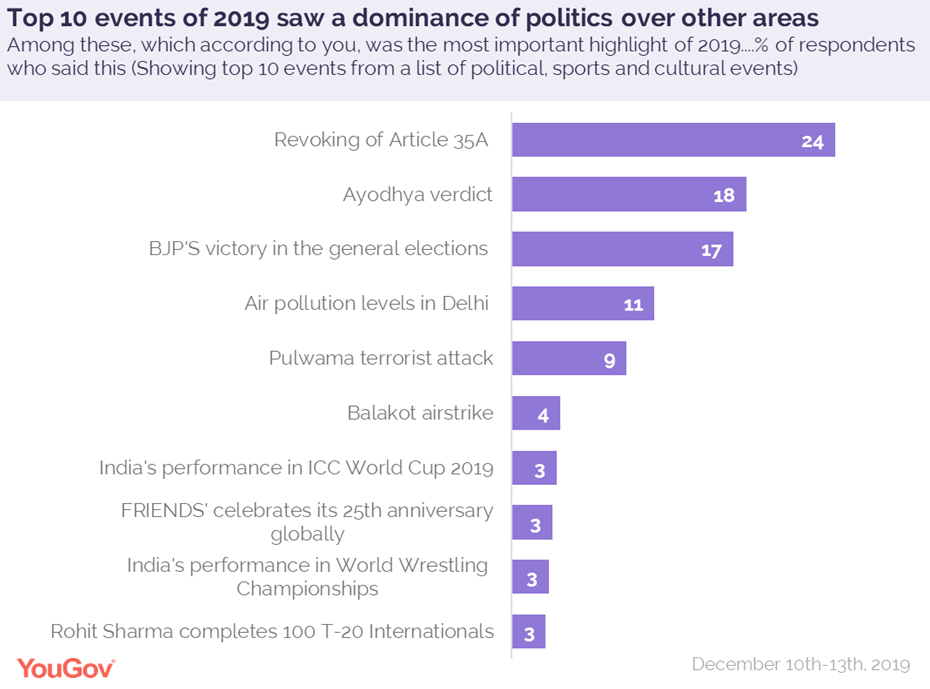 Looking ahead at 2020, one in five (19%) Indians said India’s space project- Chandrayaan 3 will be the biggest event of the new year. Another 16% think the T20 World cup will be a highlighting event, with a higher number of male than female respondents (20% vs 11%) saying this. 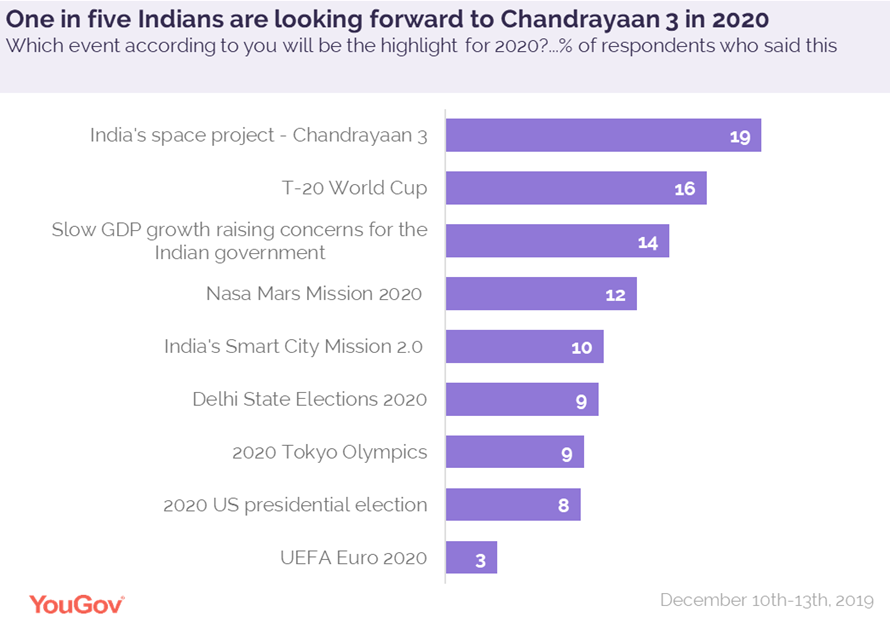 Some even think the slow GDP growth (14%), Nasa’s Mars exploration program (12%), India’s smart city mission 2.0 (10%) and the Delhi State Elections (9%) will take the center stage in the new year.  A smaller proportion feels global events such as the 2020 Tokyo Olympics (9%) and the US Presidential Elections (8%) will be the defining moments of 2020.

Data collected online by YouGov Omnibus among around 1011 respondents in India between December 10-13, 2019 using YouGov’s panel of over 8 million people worldwide. Data is representative of the adult online population in the country