YouGov's latest poll on the upcoming 2020 budget revealed women's safety and jobs top the areas that people want the government to focus on in the union budget.

Apart from these, about a quarter feel agriculture and rural development (26%) should be the prime highlight of the budget, and just as many think the same about healthcare facilities (24%).

These findings are similar to last year’s poll on expectations from the 2019 budget, where job creation and women safety were the main areas that people of India wanted the government to focus on. Although the number of people demanding these provisions have reduced over the year, concern for these issues still remains high, suggesting the government has not been completely successful in fulfilling people’s expectations. 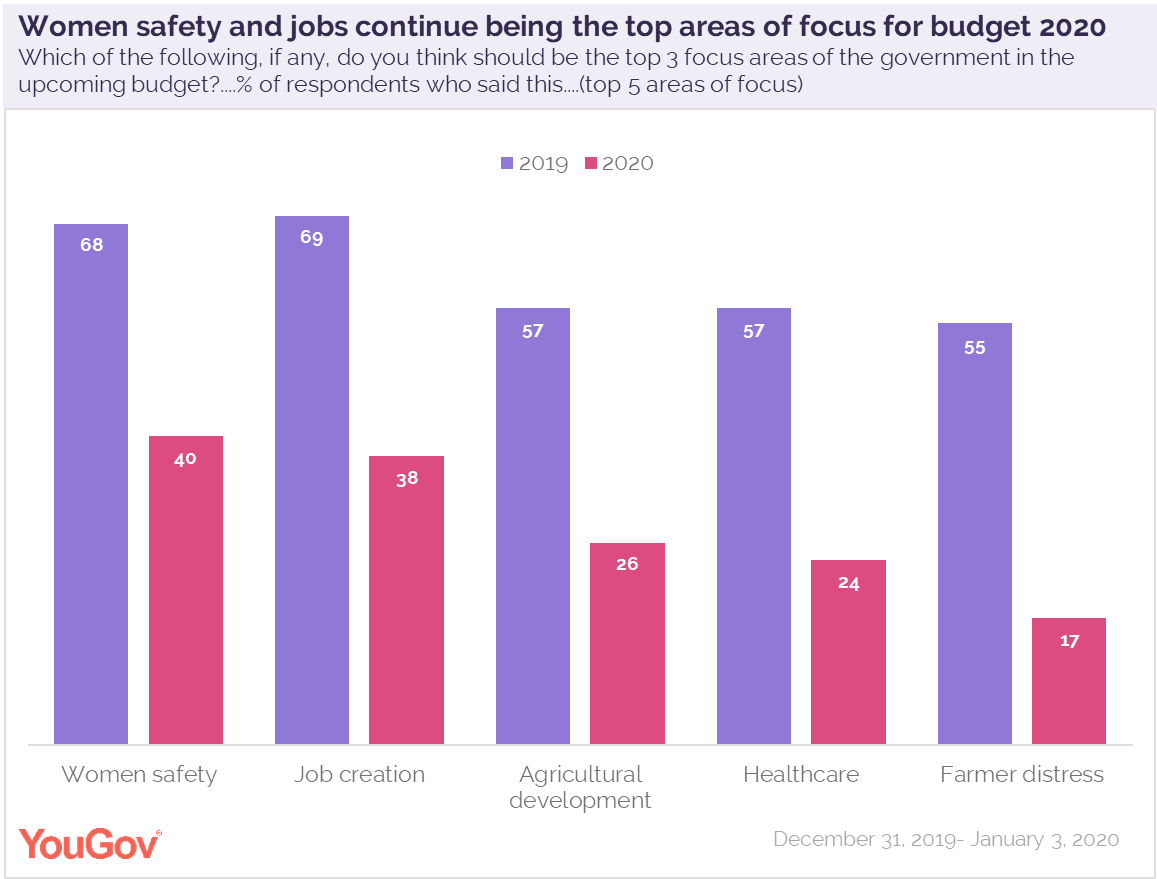 Interestingly, the percentage of people considering women safety important is the highest in North (44%) and South India (42%). On the other hand, comparatively the issue of farmer distress is most relevant to the people of South India (21%). Similarly, affordable housing is a priority for a higher number of West Indians (16%) as compared to the rest of the residents of India.

Amongst the various generations, while women safety is the top priority of all, a higher number of people in their thirties (15%) want ‘tax incentives for salaried classes’ to be a focus area as compared to the rest of the age groups. Similarly, people aged 40+ (13%) are more likely than the rest to want affordable housing prioritised in the 2020 budget.

With regard to the proposed policies, ‘Removal of taxes on medical expenses’ and ‘Universal basic income support for farmers’ are the most important to the people of India, with around three-quarters saying it is either ‘very important’ or ‘extremely important’ to them. Women (77%) and people in their thirties (49%) are most likely to consider this important than the other demographic groups.

The increasing inflation has put income-tax rate cut high on the wish list, with around two-thirds (64%) saying they support ‘Increasing tax exemption to INR 5 lacs p.a.’. 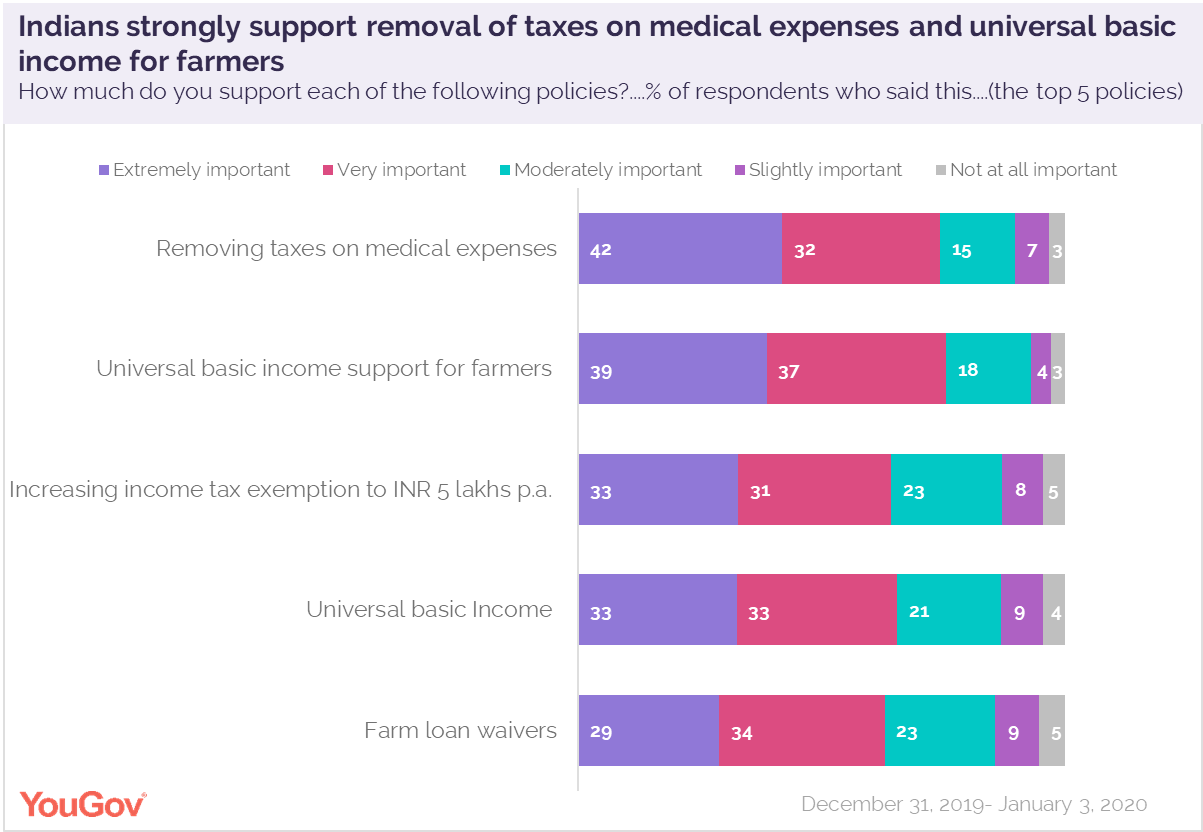 As state grapples with the fiscal deficit, the government is likely to increase taxes on alcohol. It seems like people are fine with this raise as the majority favours increasing taxes on sin goods like cigarettes (84%) and alcohol (81%). Many support increase in corporate taxes for large businesses (77%) and rising interest rates on small saving schemes (63%)

Thinking about the future of our economy, people seem optimistic and more than six out of ten respondents (62%) agree with the FM’s vision of India becoming a 5 trillion economy by 2024-25.

When asked who according to them is the single driving factor that could revive that economy in 2020, more than a quarter (28%) said small and medium-sized enterprises (SMEs) will be the biggest agents. Almost as many see start-ups being agents of revival (24%), while a slightly lower number feels big private firms (21%) and PSUs (17%) could be the game changers for the economy in 2020.