Even though news channels are widely consumed, other news sources are more trusted when it comes to accuracy of information

In YouGov’s latest poll, more than seven in ten urban Indians (72%) said their consumption of news has increased since the Covid-19 lockdown. One in ten (11%) said it has decreased during this time while just as many (11%) said their news consumption is the same as before the lockdown. 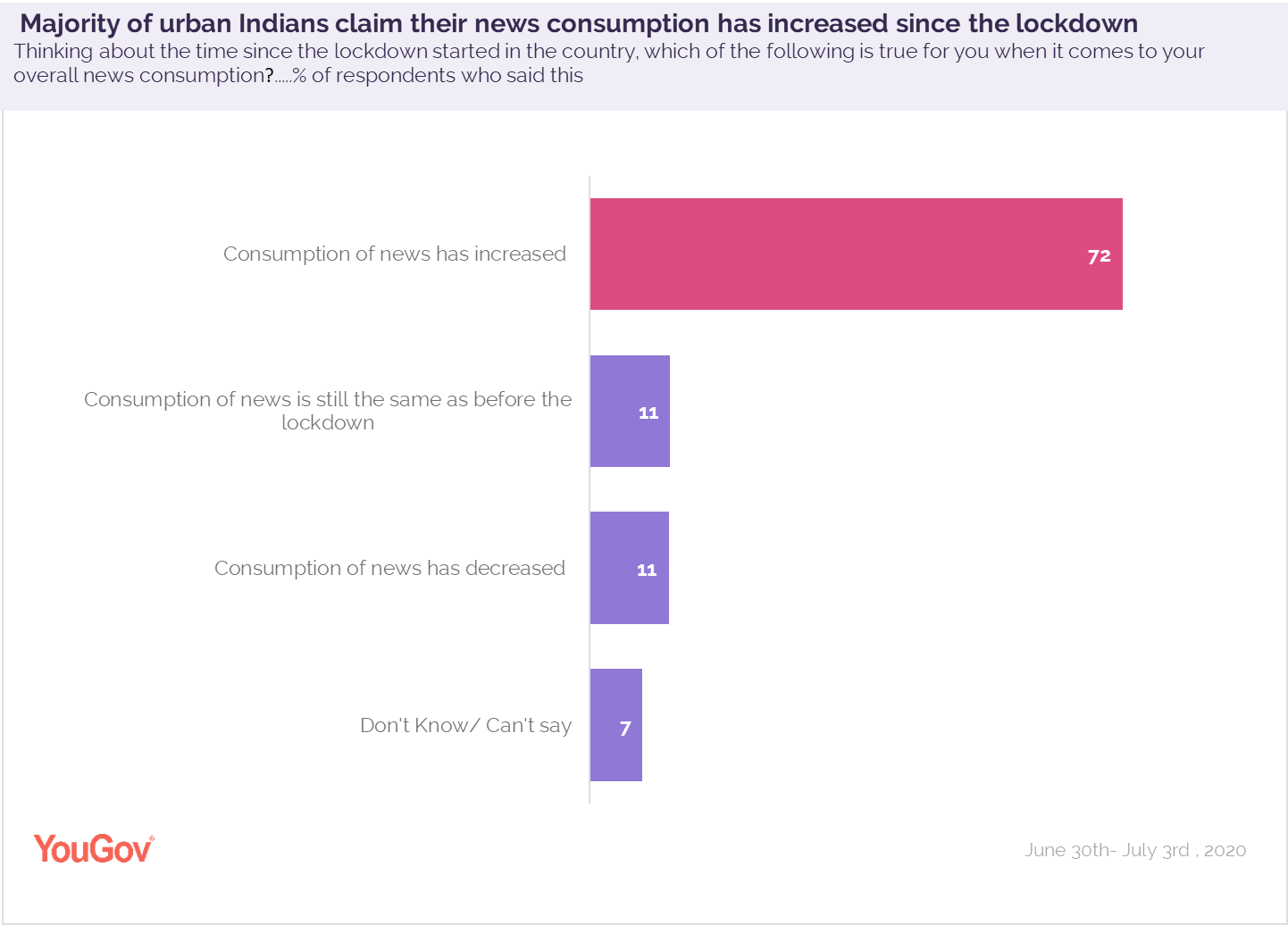 Speaking about their source of news, two-thirds of respondents (67%) said they have relied on TV news channels to get updates about the Coronavirus pandemic. More than half get their information from Government websites/ apps and newspapers (55% each). Respondents aged 40+ are more likely to consume news through channels and newspapers as compared to the rest (72% and 61%, respectively). 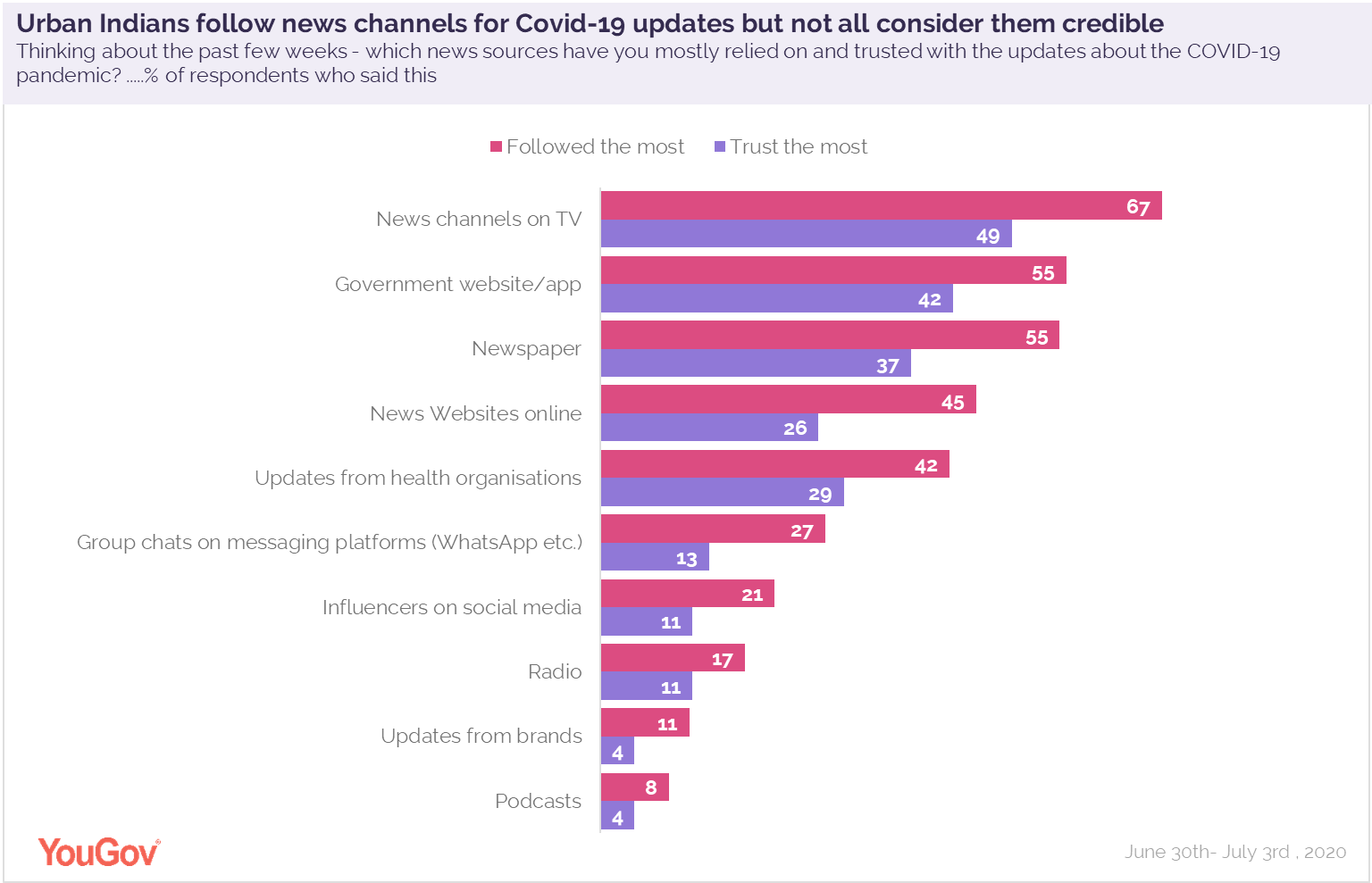 When it comes to public’s trust in these sources, the numbers for each were lower as compared to the consumption figures. While 67% stay updated about Covid-19 through TV news channels, only half (49%) trust these platforms to give accurate information. The same is true for government websites and newspapers, where the trust figures are 42% and 37%, respectively. It is interesting to note that trust in newspapers is the highest in South India- at 44% as compared to the rest of the regions. Likewise, faith in government websites to give correct news is the highest in tier-2 cities- at 48%.

In their effort to seek a more reliable source of information about the pandemic, more than half (57%) admitted they have started following specific platforms but are currently using the free versions with limited reads. About a third (30%) said they have not followed any specific platform, while a very small number (13%) have taken a paid subscription with access to all stories on the platform.

In general (in normal times), most people (73%) follow news channels to get timely updates about the latest happenings, closely followed by social media (71%). Newspapers and online news websites are the other key sources of news (66% and 59%, respectively). 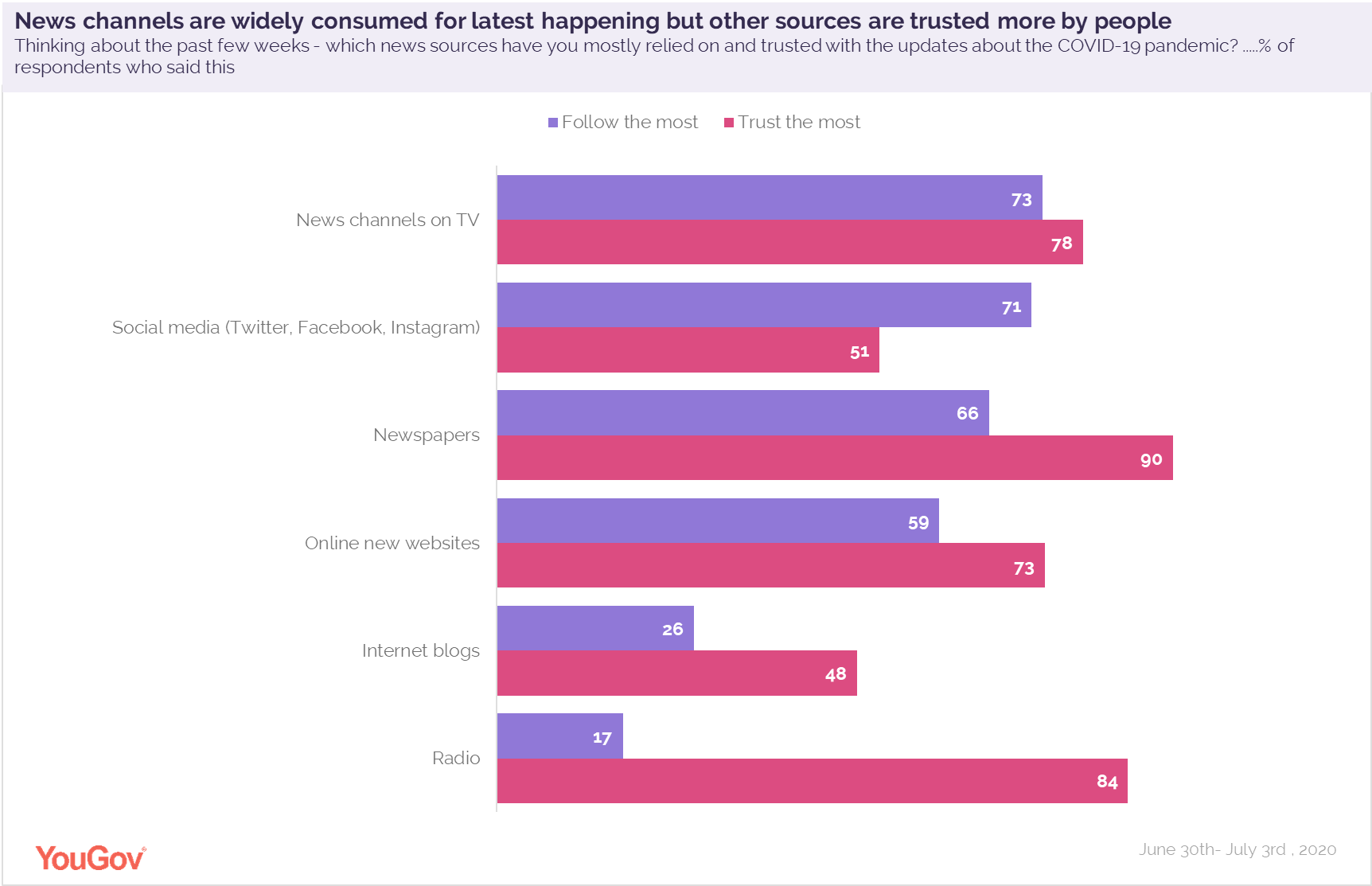 Although news channels are more widely consumed, newspapers take the lead in being the most reliable medium, with 90% respondents saying they trust this source. Radio channels are also highly trusted even though their consumption for news is very low. Trust is comparatively lower in social media platforms and internet blogs- at 51% and 48%.

Data collected online by YouGov Omnibus among 1010 respondents in the country between 30th June and 3rd July 2020 using YouGov’s panel of over 6 million people worldwide. Data is representative of the adult online population in the country