Although economic activity gradually picks up in the country, many residents are worried about the future of their jobs and finances

The appearance of the Covid-19 pandemic has turned our familiar world upside down within a span of few months. YouGov’s economic recovery tracker run between 7th May and 2nd July reveals how the crisis has affected the nation’s finances.

Even though the economy is slowly reopening, Indians are largely worried about their personal financial situation and there has not been much difference in the number of respondents saying their household situation will deteriorate in the next 12 months, ever since we first surveyed them in May. At the end of June, this number stands at 36%. However, figures for those saying their monetary condition will become better have increased slightly towards June end, and 27% expect their situation to change for good in the coming months. 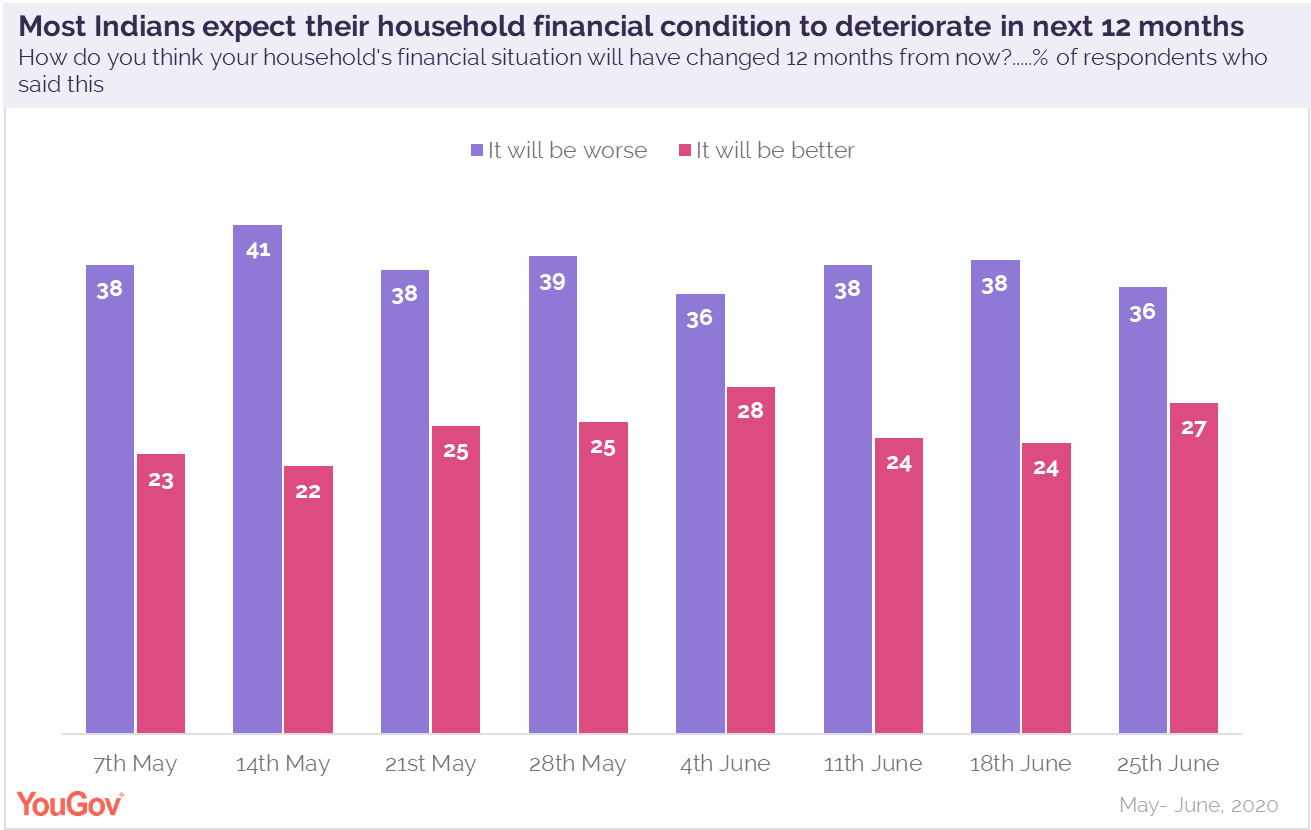 We broke the results down by socio-economic grades- SEC A (A1+A2+A3) and B (B1+B2) households, to better understand the impact of the virus on people’s finances. Optimism for future finances is higher among SEC B households, where at the end of June 31% respondents said their household situation will be better as compared to 21% saying this when we first interviewed them in May. For the same time period figures for SEC A changed from 23% in May to 27% in June. 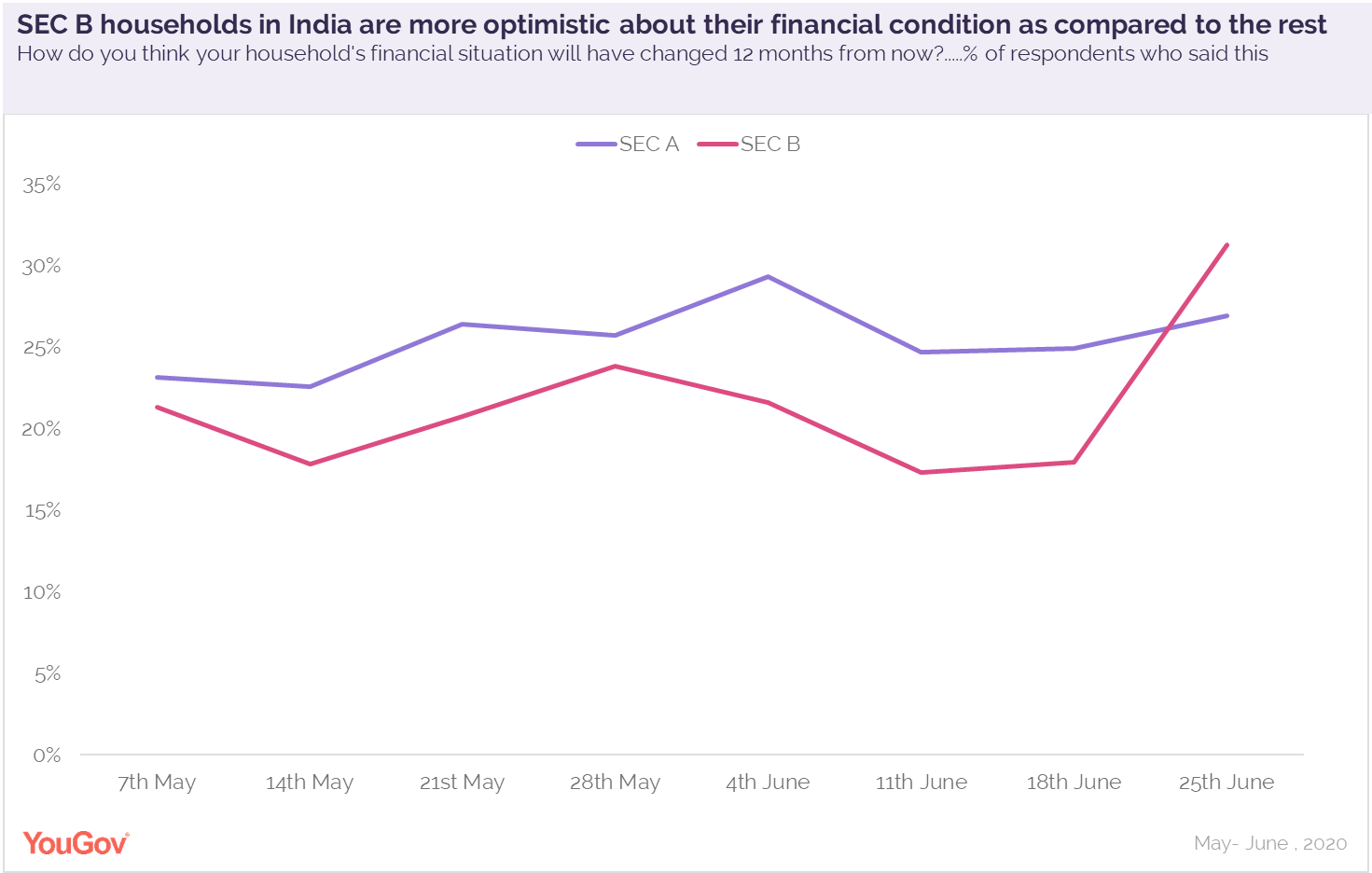 Talking about their current situation, 62% SEC B individuals said their financial situation has deteriorated in May compared to a month ago. Although this figure reduced to 57% by the end of June, it remains higher than figure for SEC A (50%) in the same month.

In order to deal with the financial implications of the virus, a majority of residents actively reduced their non-essential expenses, and still seem to be doing so. 35% were relying on their savings to take care of their expenses and continue to do so. Those saying they have been able to save more has reduced from 28% to 22% since the initial wave of the survey. 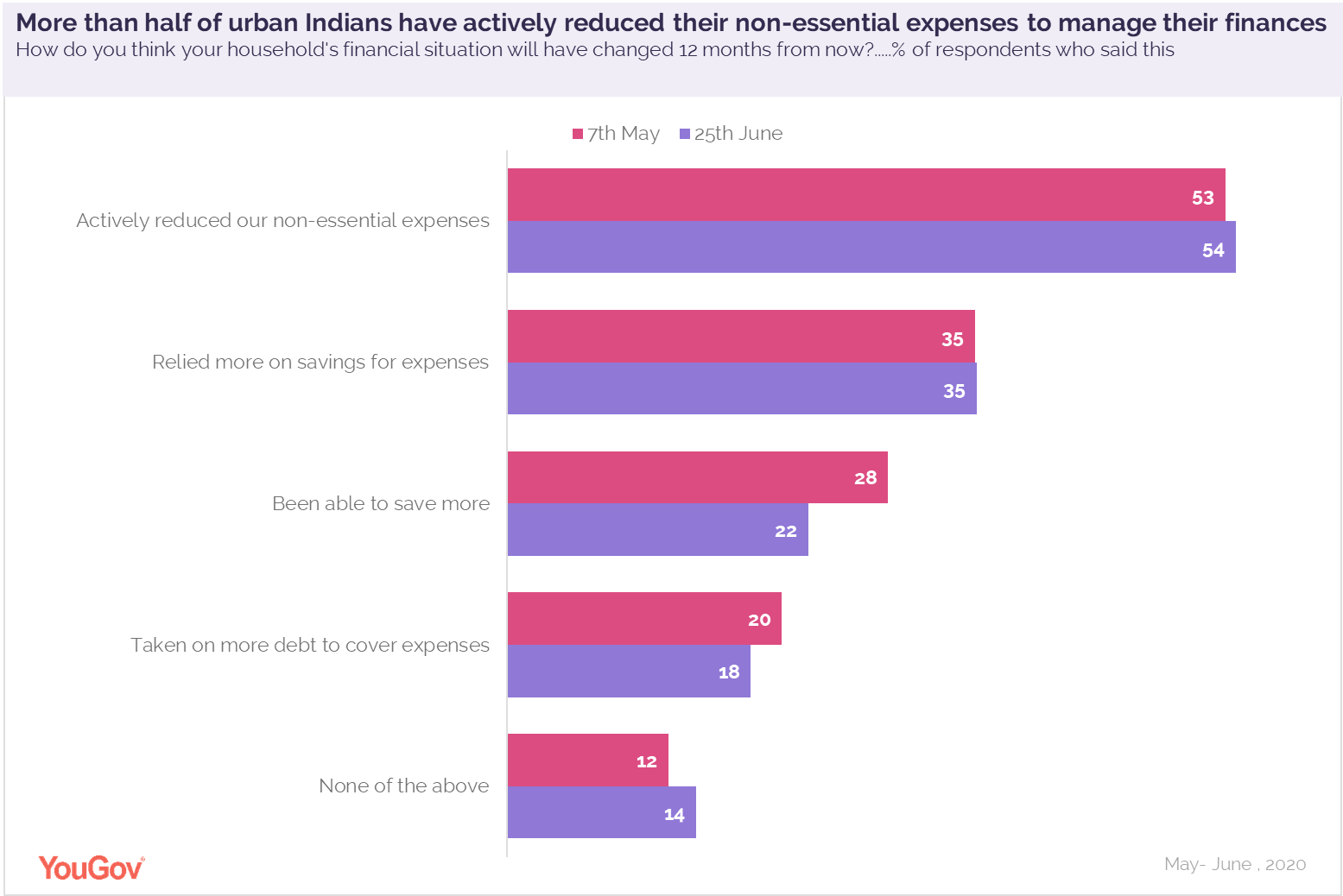 At an overall level, the proportion of residents who said the Covid situation in their country is becoming worse has increased since May, and by the end of June the majority feels India hasn’t made progress in this regard. The figures seem to align with the increasing number of Coronavirus cases in the country since June.

Confidence in the recovery of the economy has remained unchanged and a majority feel the country will be in a depression/ recession in the next 12 months. Belief that the economy will grow is much lower and remains the same throughout the period of the survey. 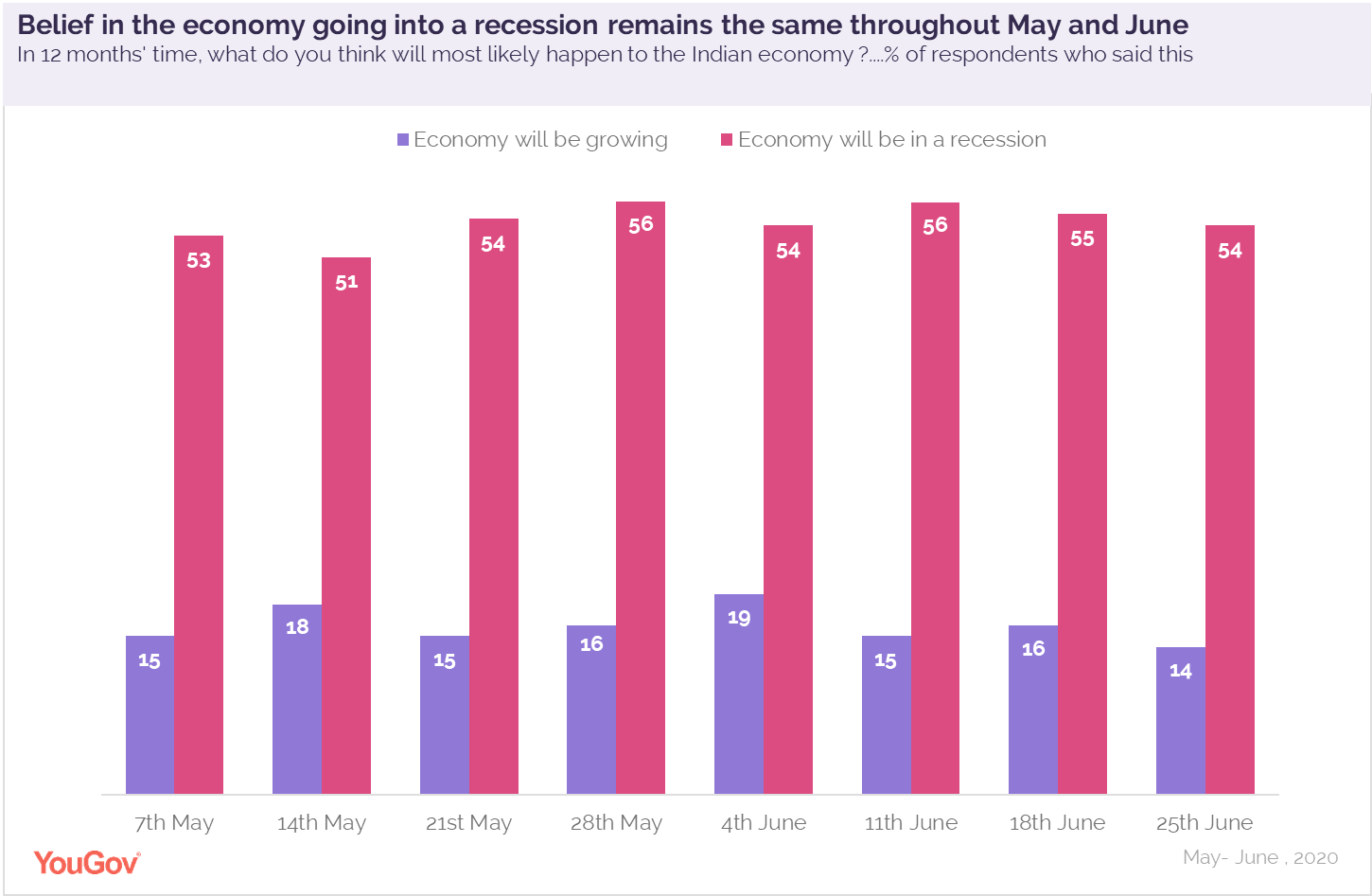 Low faith in the economic situation of the country could perhaps be the reason for insecurity about jobs among the masses. When asked how secure they feel about their jobs now as compared to the previous month, a large proportion admitted to being less secure about their jobs and this view remains the same since the beginning- from 45% in the first week of May to 47% by the end of June.

The fieldwork consisted of eight surveys over the course of 8 weeks in May and June among over 8000 urban Indian respondents.