Around a fourth (24%) felt their bond with their partner became stronger because of the pandemic. Although people were confined to their homes for an extended period, one in sixteen (7%) claim to have found love and have entered into a new relationship during this time. 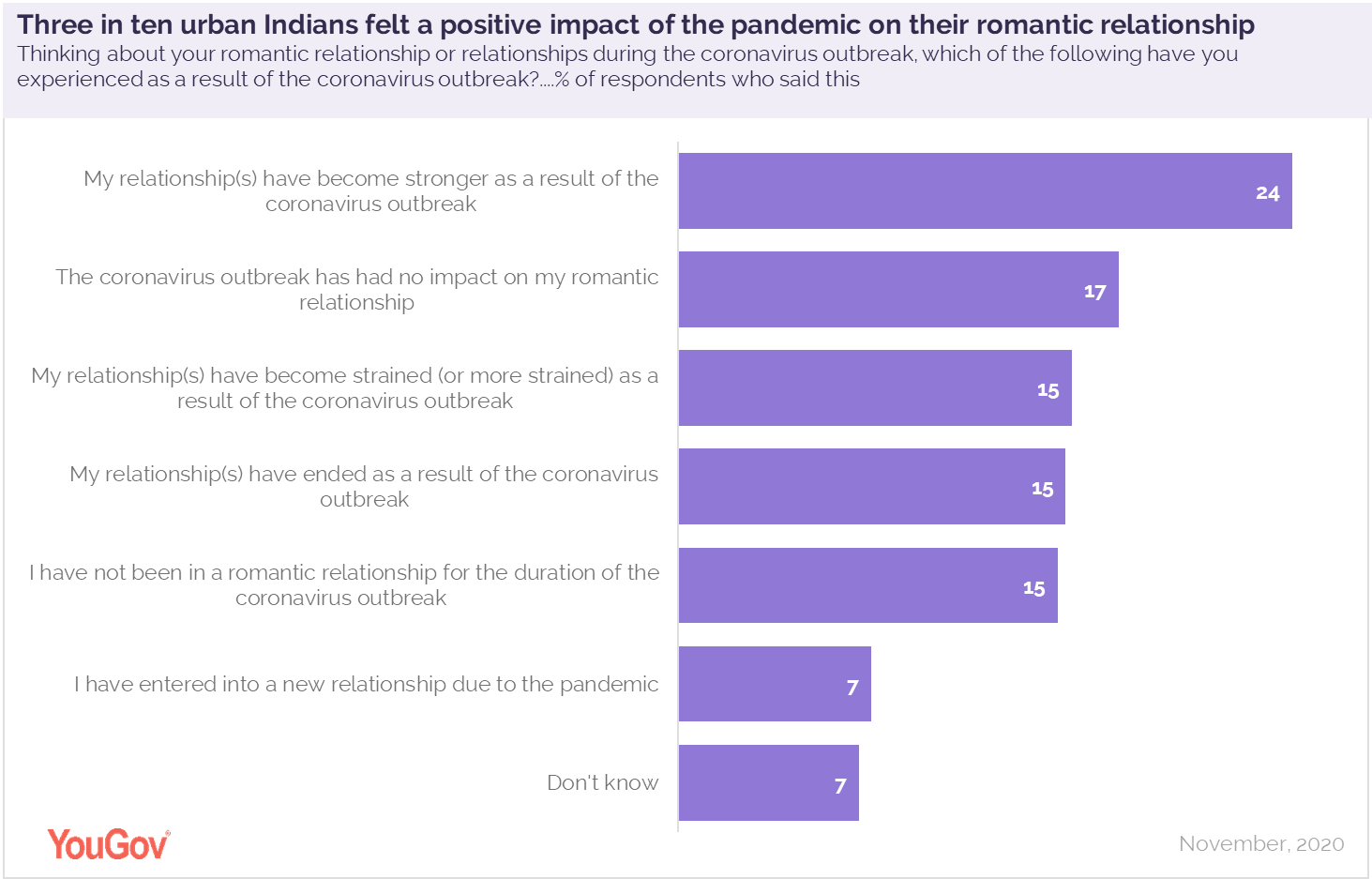 On the flip side, one in six (15%) found their romantic lives coming under the scanner and getting strained due to the outbreak, but for just as many (15%) the impact was more severe- causing their relationship to end. In particular, young adults between 25-34 years of age were more likely to face the brunt of the ongoing crisis, with more than one in five (22%) saying their relationships have ended due to the pandemic.

Although a majority felt some impact of the virus on their love lives, one in six (17%) experienced no impact on their relationships.

The study found no significant discrepancies between men and women in a relationship concerning this question. However, there were some differences according to the employment status of people: working respondents were more likely to confirm a positive impact of the virus on their relationships than the unemployed respondents.

Across the 17 surveyed markets, large proportions in most countries reported no impact on their relationships because of Coronavirus. However, countries like India, Mexico, Spain, UAE and Singapore were more likely to witness an impact: positive or negative.

Globally, Indians (31%) were second after UAE residents (34%) to report a positive effect of the virus on their romantic relationships. 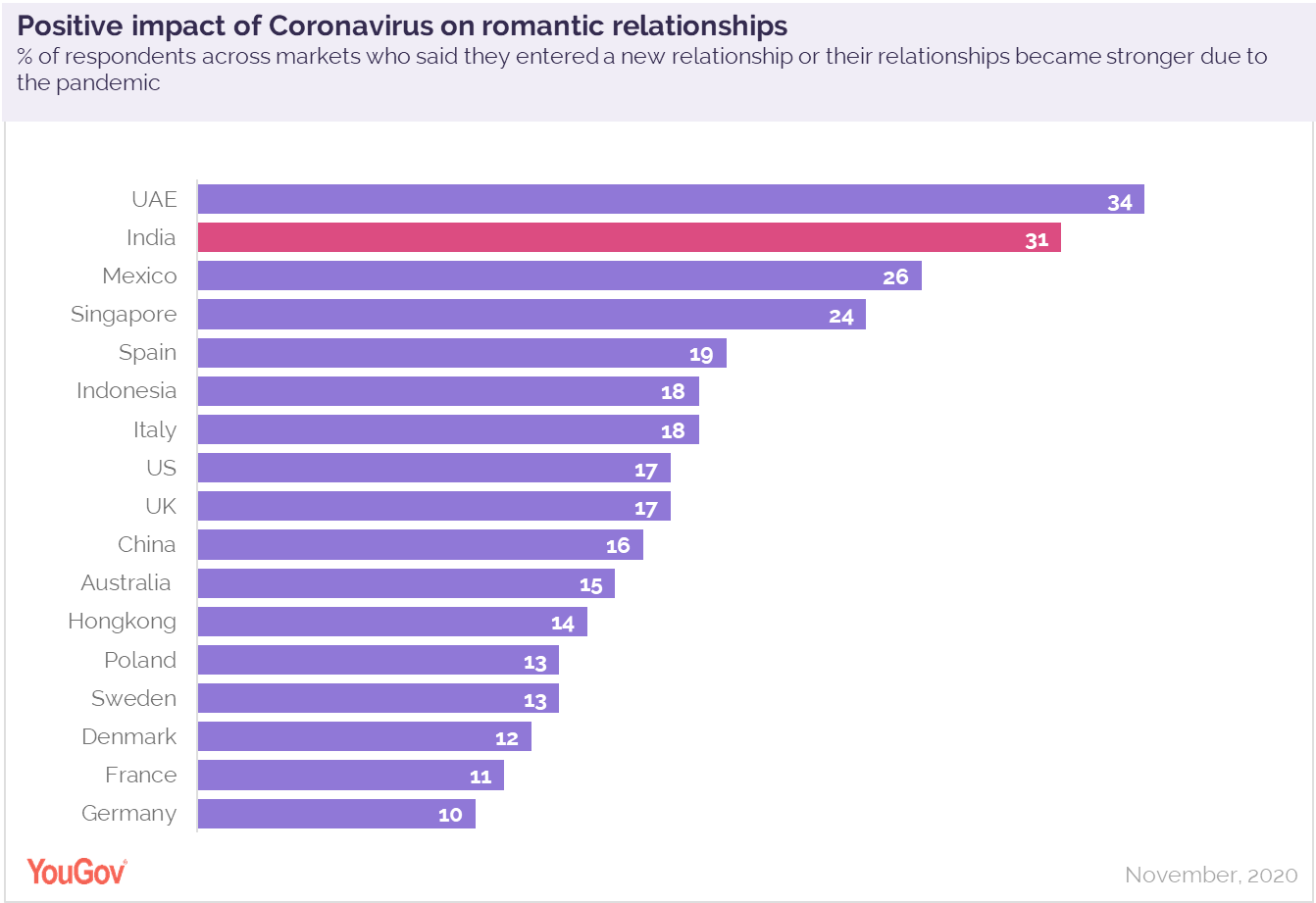 European countries recorded some of the lowest numbers, with France and Germany sitting at the bottom of the list (11% and 10%, respectively). In fact, most of these countries were more likely to say the virus had no impact on their romantic relationships.

19,189 adults, including 1017 Indian adults, were surveyed. Interviews were conducted online in November 2020.