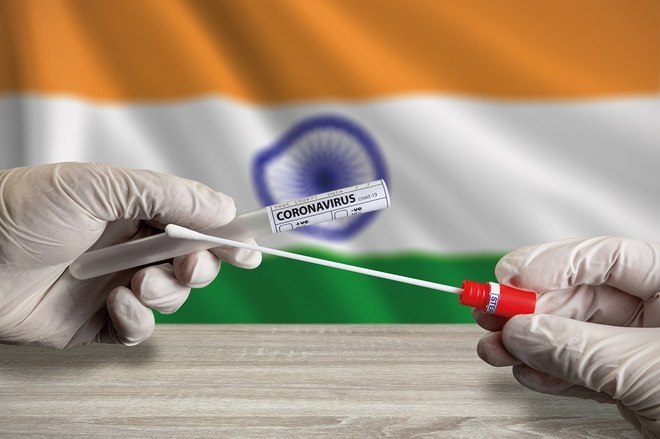 One year on from India’s descent into lockdown at the hands of COVID-19, questions are being raised about the Indian government’s handling of the crisis.

The latest data from YouGov’s Covid-19 Public Monitor, which has been tracking the public sentiment around the virus continuously since its outbreak in March 2020, shows that in the one year since the outset of the pandemic, the urban Indian public’s perception of how the government is handling the crisis has deteriorated considerably.

From 89% saying the government has handled the Covid issue ‘very’ or ‘somewhat’ well in April 2020, this number has declined to 59% at the end of April 2021. The decline has been prominent this year since February when the second wave of Coronavirus hit the country. Since then, confidence in the efficacy of the government handling the situation has declined steadily- by 20 percentage points between February and April 2021.

In January this year, India started its vaccination rollout with the priority groups. YouGov’s data at the end of the month found that 64% of respondents felt comfortable taking the vaccine or had already done so. Since then there has been an increase in willingness to take the vaccine and now seven in ten urban Indian respondents (72% as of April) said they have or will take a vaccine.

The increase in intent to take the vaccine coincides with the rising fear of contracting the virus among urban Indians as well as their lack of confidence in national recovery.

Data from YouGov COVID-19 Public Monitor found that since June 2020, people’s confidence in the situation improving at home has been growing. Confidence peaked in February 2021- with 85% saying the coronavirus situation in the country is getting better or is over. However, this number plummeted as the country was struck with a much deadly wave of Coronavirus, and now (April 2021) only 17% think the situation in India is improving.

Failing healthcare and growing pessimism has led to concerns about personal health and fear about contracting the virus has gripped the country once again. In mid-April 2020, at the beginning of the pandemic, some 57 percent of urban Indian respondents felt “somewhat” or “very scared” of contracting the virus.

The fear fell in response to the government taking action and imposing nationwide lockdowns. Barring occasional peaks in some months, the fear levels stabilized by the end of the year. The rolling out of vaccination early this year further helped in reducing people’s worry. However, with the second wave of Coronavirus hitting the country, fear started rising steadily among urban Indians since March 2021 and now (April 2021) 69% said they are very or somewhat scared of contracting the virus.

In the weeks to come, YouGov will continue tracking the public sentiment around the virus to help organisations and governments make informed decisions.