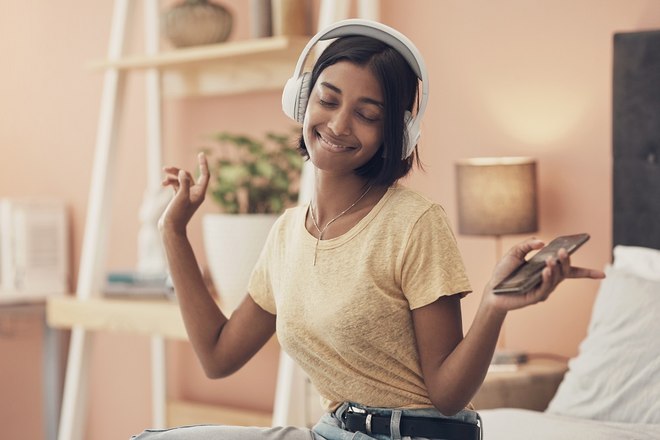 The music industry continues to evolve rapidly with the expansion of technology and social media. As multiple options are now available, the latest data from YouGov Profiles, an audience intelligence tool, sheds light on how female consumers in India listen to music.

Data reveals that streaming free music online is the most popular way to listen to music among urban Indian women (with 41% saying so). It is more common than listening to music via a paid service (30%). While free music online is more popular among women between 21-29 years (45%), paying for music is more common among women between 30-39 years as compared to others (at 36%).

Listening to music radio in a car (34%) or internet radio (33%) are also popular among women. In comparison to this, traditional ways of listening to music, such as on CDs (17%), portable radio (15%) or on vinyl (9%) seem to be less popular.

Whether paid or free, streaming music is common among urban Indian women and 56% of them agree that they primarily listen to music through streaming services.

These women are more likely to be married (59%) and a large majority of them may have at least one child younger than 18 (62%). They tend to be working full time (64%), and are likely to own a dog, cat or fish as a pet. These streamers are more likely to reside within Karnataka, Maharashtra and Delhi.

They also listen to podcasts, with music being their most preferred genre. Within music genres, 90s music tops the charts among women, followed by classical and pop music.

Recent data from YouGov’s Global Media report 2022 shows the pandemic fuelled a global growth in streaming music in the past year, and it is likely to grow further in the future. In India, while consumption increased for both genders in the past 12 months, a higher number of women than men claim to increase their consumption of streaming music in the next twelve months (52% women vs 47% men).

Similarly, consumption of podcasts is also expected to grow for this cohort as a third (33%) of women said they intend to increase consumption in the future. This presents a strong opportunity for brands and advertisers to engage with a highly receptive and engaged set of consumers, particularly younger generations.

When it comes to subscription, 32% of women in India currently own a music subscription and are likely to continue next year, with an additional 22% who currently do not have but are considering getting a subscription in the next 12 months.

The remaining are either cancellers (have a current subscription but will cancel next year) or rejecters (do not have and are unlikely to get one), and brands will have to better understand their preferences in order to retain or convert them into customers.

Taking a deeper dive into their attitudes towards subscription, we see that women are happy to spend on music but prefer to share or group subscriptions. Nearly half of urban Indian women (45%) are happy to spend money to support their favourite music artists (45%). Just as many (45%) find it more convenient to share a subscription for video and streaming services with others.

Availability of free music and subscription fatigue could be a reason for choosing free over paid music. 37% of women feel they have too many subscriptions to things (Netflix, Spotify etc.). This is notably higher among women between 30-39 years (at 43%).

Furthermore, three in five women (62%) agree that ‘video and music streaming services should offer more group subscriptions’, suggesting that their willingness to pay may be related to perceptions of convenience and value.

Using these amongst many more granular insights about audiences through YouGov Profiles, a brand can understand its target audience better in order to develop a strategic plan to acquire and retain more customers.

Methodology: YouGov Profiles is based on continuously collected data and rolling surveys, rather than from a single limited questionnaire. YouGov Profiles data is nationally representative and weighted by age, gender, education, region, and race. Learn more about YouGov Profiles.